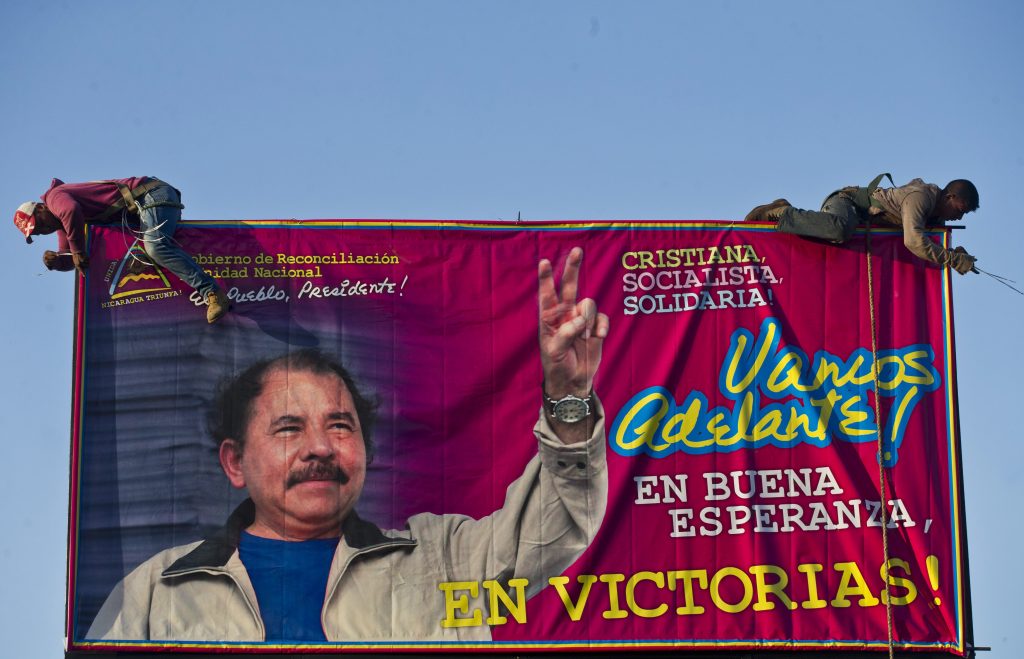 The streets of Nicaragua’s capital were all but deserted Thursday, as residents observed a national strike called by opponents of President Daniel Ortega’s embattled government a day ahead of renewed talks on ending the political standoff.

The Roman Catholic Episcopal Conference of Nicaragua announced that it had received an answer from Ortega to a proposal on solving the impasse, but said it would not provide details until negotiations resume the following day.

“We will be releasing to the national and international community the proposal we presented to the president and the letter he has sent us with his approach, which we will submit for debate to seek consensus,” the conference said in a statement.

Human rights organizations say more than 160 people have been killed amid protests and a heavy-handed crackdown by authorities and allied civilian groups since the demonstrations began in April.

Government opponents are demanding that both Ortega and the vice president and first lady, Rosario Murillo, leave office. Prominent business leaders and other sectors have called for early elections.

It was not clear whether the church’s proposal or the government’s response considered those possibilities.

The Civic Alliance for Justice and Democracy, an umbrella group comprising private sector interests, civil society, students and farm workers, said it would sit down at the table only if it means discussing Ortega and Murillo’s exit.

The president “has shown his inability to continue governing. He has not stopped killing people,” said Medardo Medina, a representative of farmers opposed to a massive interoceanic canal project that has essentially been stalled for several years.

“In fact, we should not even sit down for dialogue with a person whose hands are stained with blood, and who has shown his criminal face to the people,” Medina added. “But we believe a way for deciding his exit must be sought.”

In the past, the government has said the alliance’s demands are equivalent to a “coup d’état.”

Talks on the crisis, the bloodiest disturbances Nicaragua has seen since the 1980s, have been suspended since May 23 due to a lack of progress.

The protests began over now-scuttled changes to the social security system that would have increased individual contributions while reducing benefits.

But after the deadly crackdown by security forces and paramilitary forces linked to the ruling Sandinista party, the largely student-led demonstrations broadened to press for a change of government.

Particularly at night, streets in multiple cities have been scenes of chaos and shootings.

Political analyst and ex-diplomat Bosco Matamoros, who represented Contra rebels at negotiations in the 1980s, said the dialogue can only succeed if the violence stops.

“One cannot continue in a situation where the country is suffering with deaths every day, economic damage and a huge social dislocation,” Matamoros said. “But for that, a will to stop the repression in the streets must be demonstrated.”

In Managua,while sweeping the sidewalk outside his home and construction materials store, Leonidas Garcia said he was heeding the national strike to put pressure on Ortega’s government.

“It pains us, what is happening, because the country is bleeding out,” Garcia said. “We must find a way out soon; and may this gentleman understand that his time in power is over.”

He spoke near the Oriental Market, one of Central America’s busiest, which better resembled a ghost town Thursday for the absence of clients and cars.

Independent economists estimated that the one-day strike would cost more than $30 million in lost activity.

Ortega first came to power with the triumph of the Sandinista revolution in 1979, and left office in 1990 after being voted out. He was re-elected president in 2007, and since then, is seen as having consolidated power in himself and Murillo.