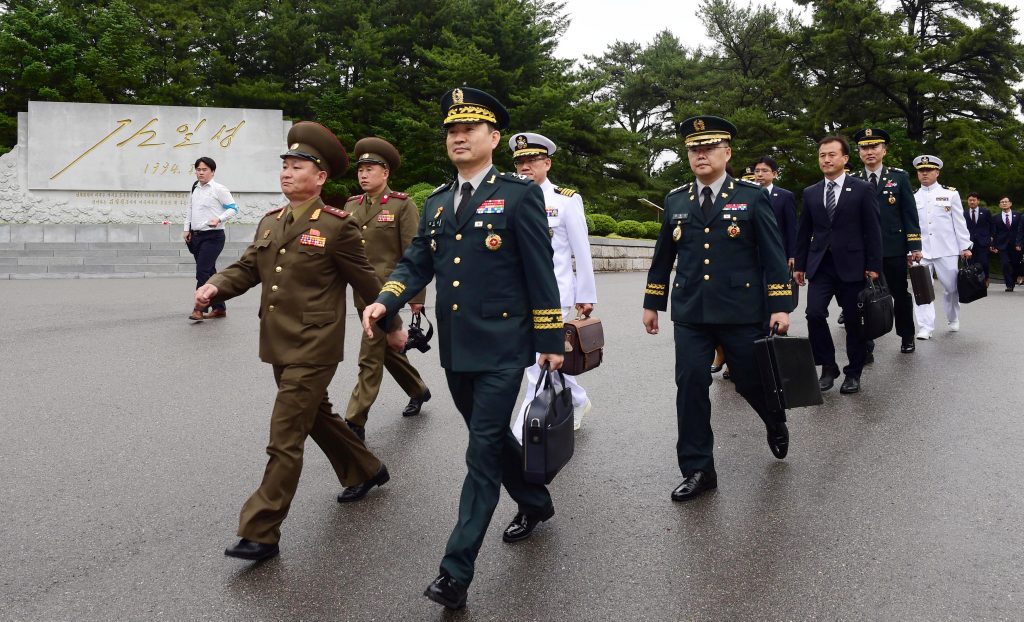 North and South Korea failed to reach any concrete agreement during their military talks on Thursday, as two-star generals from both sides met just two days after President Donald Trump floated his plan to halt joint exercises with South Korea.

The talks, their first in more than a decade, held in the border village of Panmunjom in the demilitarized zone (DMZ), followed on from an inter-Korean summit in April at which leaders of the two Koreas had agreed to defuse tensions and cease “all hostile acts.”

They agreed to implement a 2004 agreement, in which the two sides’ militaries vowed to work to prevent unexpected clash in the West Sea, a joint statement said.

They also discussed the planned establishment of a hotline between the two militaries, but failed to set the specific time table for its reinstatement.

Kim Do-gyun, the South’s lead negotiator who is in charge of North Korea policy at the Defense Ministry, said before departing for the DMZ that the two sides would discuss the schedule of a ministerial meeting, which was not addressed in a joint statement.

“The nature of the tasks was not to be resolved at once,” Kim told reporters after the meeting.

Trump’s move had caught Seoul officials off guard as Washington did not give them a prior notice. But South Korean President Moon Jae-in said on Thursday his government would have to be flexible when it came to military pressure on North Korea if it was sincere about denuclearization.

The military talks had been initially slated for May, but were postponed after the North called off another planned high-level meeting in protest against U.S.-South Korean air combat exercises.

The process was put back on track during a surprise second summit early this month between Kim and Moon.

The last time the two Koreas held military talks was in 2007.

Ahn Ik-san, the North’s chief delegate, said the delay was due to “certain headwinds” without elaborating, adding the two sides should overcome future obstacles based on mutual understanding and the spirit of the inter-Korean summit.