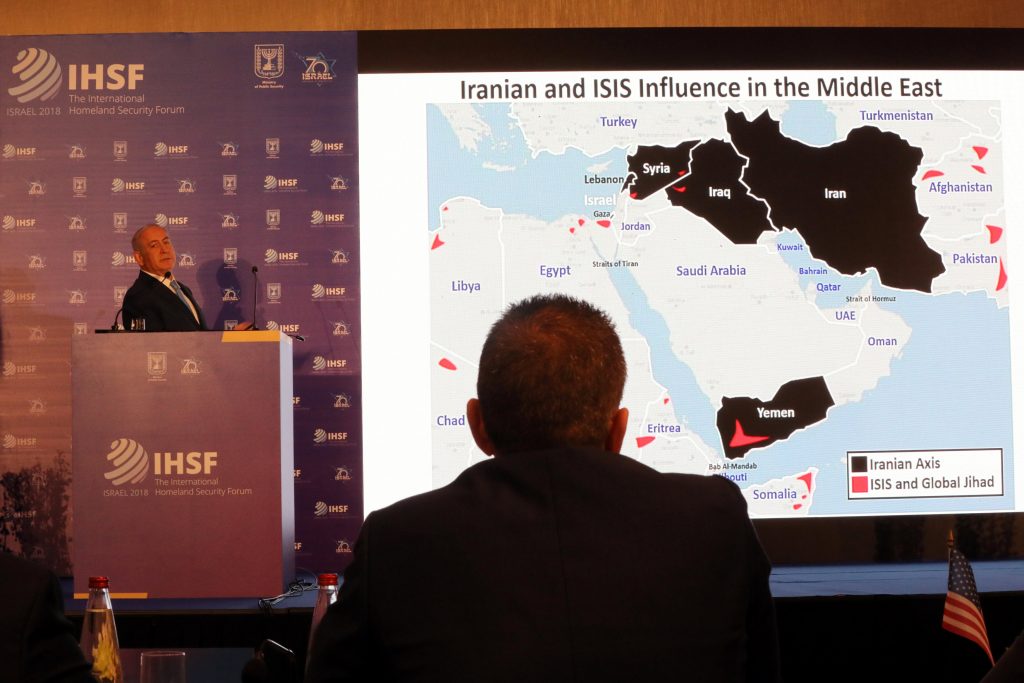 But they have rarely given detail on the operations, or described non-Lebanese terrorists as having been targeted.

Netanyahu accused Iran, which has been helping Damascus beat back a seven-year-old rebellion, of bringing in 80,000 Shiite terrorists from countries like Pakistan and Afghanistan to mount attacks against Israel and “convert” Syria’s Sunni majority.

“That is a recipe for a re-inflammation of another civil war – I should say a theological war, a religious war – and the sparks of that could be millions more that go into Europe and so on… And that would cause endless upheaval and terrorism in many, many countries,” Netanyahu told an international security forum.

About half of Syria’s prewar 22 million population has been displaced by the fighting, with hundreds of thousands of refugees making it to Europe.

The political opposition to Assad says the deals amount to forced demographic change and deliberate displacement of his enemies away from the main cities of western Syria. The Damascus government says the deals allow it to take back control and to restore services in the wrecked towns.