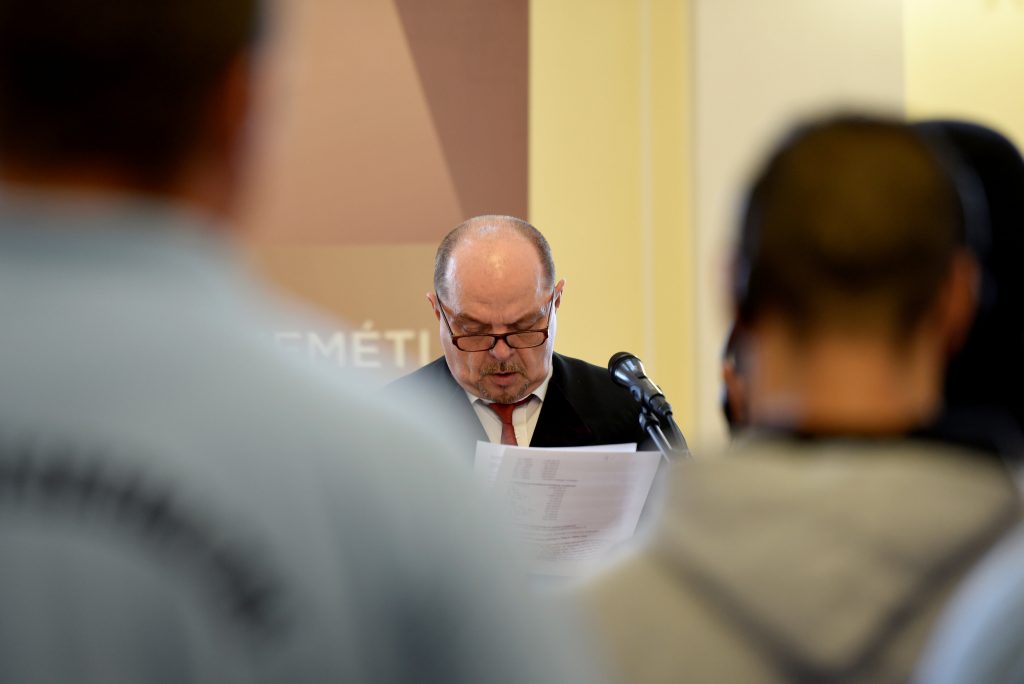 Four people-smugglers were jailed for 25 years on Thursday for the deaths of 71 men, women and children whose decomposing bodies were found crammed inside a truck dumped on an Austrian highway three years ago.

Trial Judge Janos Jadi said the gang were guilty of “extreme cruelty” by refusing to stop the refrigeration truck and open the doors to allow in air.

“The people inside realized that they may suffocate to death, so they banged the doors, screamed and shouted trying to signal to the driver,” Jadi told a packed courthouse in the Hungarian town of Kecskemet.

The August 2015 deaths of 59 men, eight women and four children from Syria, Iraq and Afghanistan shocked Europe as it struggled to cope with a massive influx of migrants.

The incident was the worst of its kind on the route across the Balkans taken by hundreds of thousands fleeing war and poverty in the Middle East, Africa and Asia.

In his ruling Judge Jadi said the leader of the smugglers ordered the driver not to open the doors of the Volvo freezer truck as it headed from the Serbian-Hungarian border toward Germany. The other three followed in cars and were in contact by phone during the journey.

The temperature rose quickly soon after their departure and the air began to run out, Jadi said, but the driver could have stopped on the motorway to let air in, “anytime and anywhere.”

All the victims had suffocated to death within a couple of hours after departure, Jadi said.

“None of the accused did anything, they stayed passive,” he said. “This shows extreme cruelty.”

The verdict is open to appeal.

Earlier, the accused, an Afghan described by prosecution as the leader of the people-smuggling gang and his three Bulgarian accomplices, were led into the courtroom in handcuffs by armed police wearing face masks.

In a statement posted on the court’s website on June 12 the court said the four men regretted what happened and said they had not wanted the victims to die.

Gabor Schmidt, the prosecutor in charge of the case, said last July that as Europe’s migrant crisis peaked in 2015, the defendants had stepped up their operation to maximize profits.

They were taking up to 100 people a day from Hungary to Austria or Germany, mostly along the M1 motorway connecting Budapest with Vienna.

Before the August deaths the group had carried many migrants in similar conditions, causing significant physical and mental suffering, he said.

Several other members of the gang have been convicted by the same court for smuggling people across the Hungarian border.