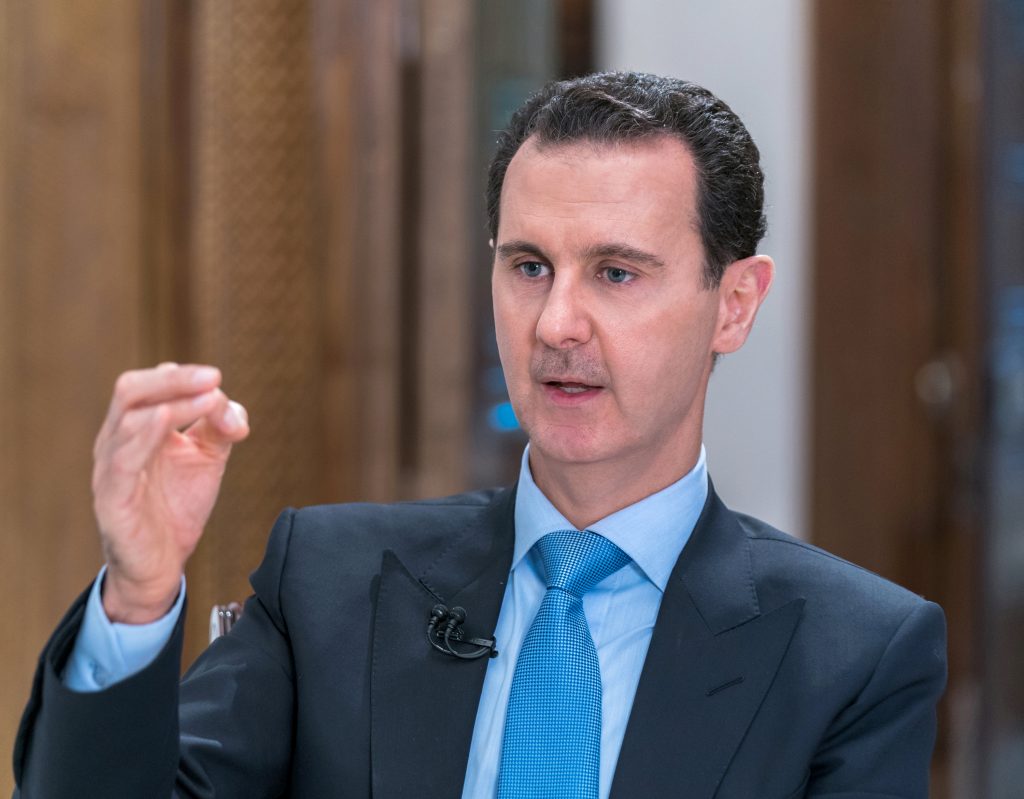 Syrian President Bashar Assad says Iran’s presence in Syria and its relations with Damascus are not negotiable and repeated the assertion that Iran has no fixed bases in Syria.

In an interview with Iran’s Al Alam broadcast Wednesday night, he says reaching a settlement in the southwestern region, where Iranian-backed forces are near the border with Israel, is still possible.

Israel has repeatedly warned against any permanent Iranian military presence in Syria.

Pres. Assad says contacts are “ongoing” between the Russians, the U.S., and the Israelis, but says the relationship between Syria and Iran “will not be part of any settlement” and is “not in the international bazaar.”

Meanwhile, the head of Military Intelligence Maj. Gen. Tamir Hyman showed a map of suspected Iranian bases in Syria to a group of foreign security officials, pointing to their location as evidence that they are meant to threaten Israel.

“You probably think it’s because they are trying to help the Assad regime fight extremists, fight terror. Well, get ready for a surprise: In all these places on the map there has been no fighting going on for half a month,” Hyman said, according to a leaked recording of the briefing broadcast on Wednesday night by Israel’s Kan news.

The general made his remarks at a homeland security conference held in Yerushalayim this week, hosted by Public Security Minister Gilad Erdan.

Resolution of the images was not high enough to show the exact locations of the Iranian sites, but did indicate they were scattered about the country.

Hyman said that even though Assad’s victory appears assured, the Iranians aren’t leaving.

“There is no real threat to Assad, so why do they stay there?” the general said, speaking in English.

“If they had wanted to assist the regime,” Hyman added, Pres. Assad could now tell them “thanks and goodbye.”

In a comment on the Israeli clash with Iran in Syria on May 10, Hyman said the Iranian attack was “a total failure, operationally,” but that Tehran claimed a “huge success” because its rockets forced Israel to open bomb shelters in the north.