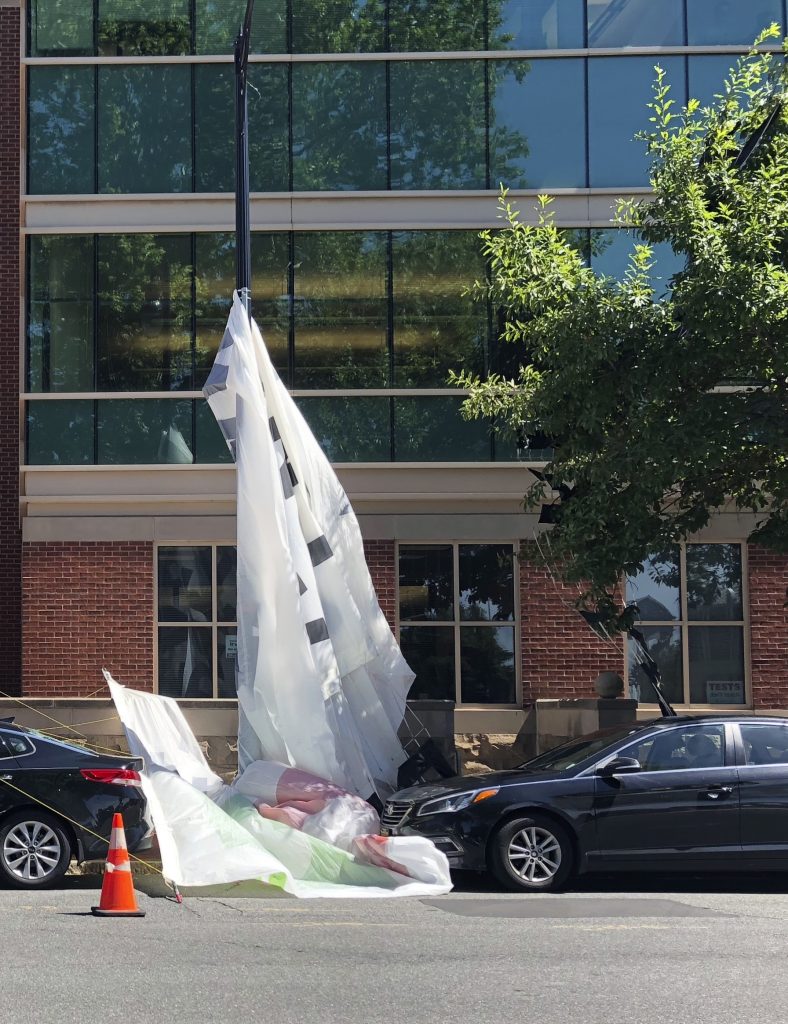 An airplane-towed banner broke loose and came down near New Jersey’s statehouse, fluttering to the ground and shattering the rear windshield of a parked car.

The banner fell under clear skies Thursday, as the plane flew over the state’s capital before hitting a black Kia sedan. It carried an advertisement for expanding pre-kindergarten and said “50,000 NJ Kids Are Waiting.”

Emblazoned on the banner was the name “Pre-K Our Way,” a nonprofit that pushes for bringing pre-kindergarten to additional towns. The group said in a statement that no one appeared injured, and the plane company dispatched someone to the scene.

It wasn’t immediately known what caused the banner to fall. No injuries were reported.