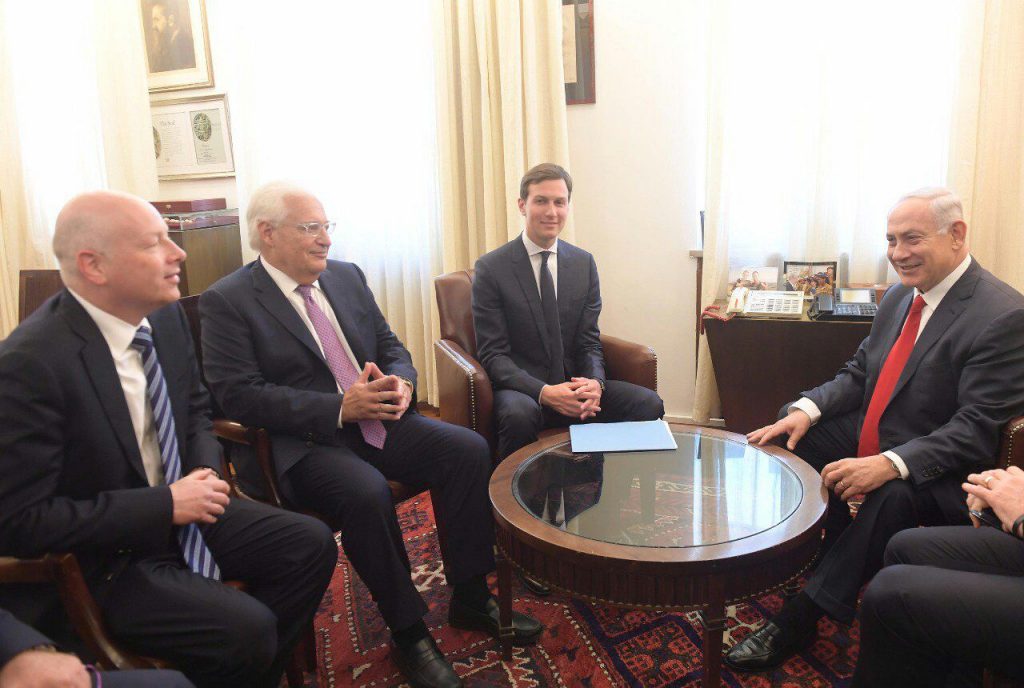 The White House has confirmed media reports that President Donald Trump’s Mideast negotiating team will visit the region next week as it finalizes its as yet unveiled Israeli-Palestinian peace plan and will hold talks on deteriorating conditions in the Gaza Strip. The trip comes as officials say the Trump administration is near completion of the plan with an eye on a possible release this summer.

The National Security Council said Wednesday that Pres. Trump’s son-in-law and senior adviser Jared Kushner and special representative for international negotiations Jason Greenblatt would travel to Israel, Egypt and Saudi Arabia. It said they would discuss “the next stages of the peace effort” and get ideas from regional leaders about “remaining questions the White House peace team has.”

No stop in the Palestinian territories is planned, although the NSC said the itinerary may be expanded. However, the prospect of Palestinian interest in the peace proposal appears dim. Peace talks have been frozen since 2014, and Palestinian leaders have been boycotting high-level talks with U.S. officials for months, complaining that Pres. Trump is biased toward Israel.