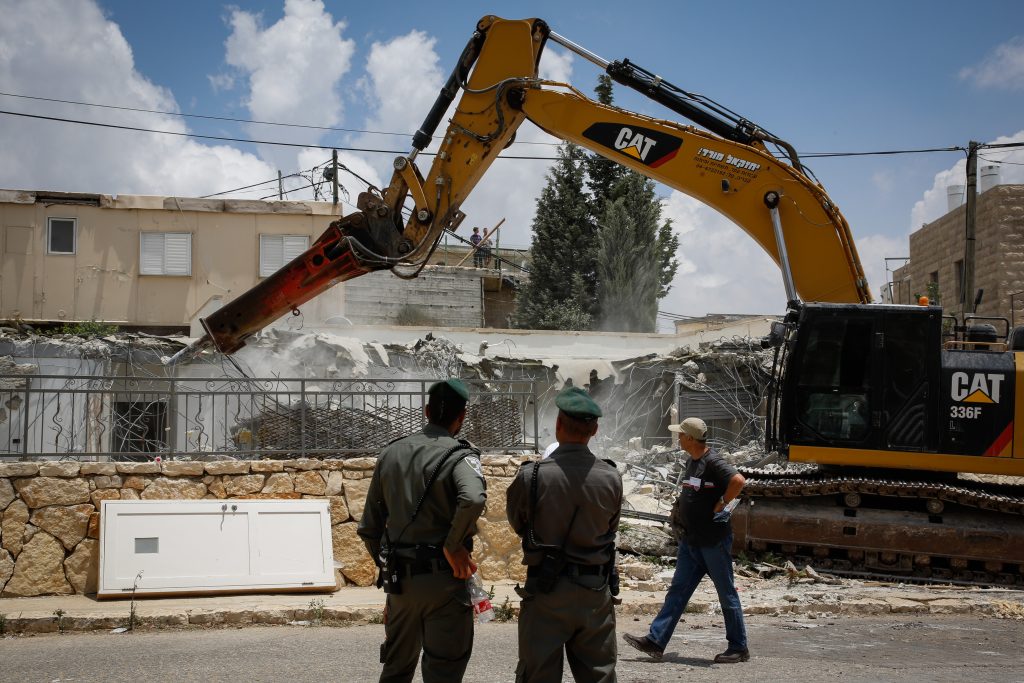 Bulldozers moved in on Wednesday morning and finished the job of destroying the 15 homes of the Netiv Ha’avot outpost in Gush Etzion, The Times of Israel reported.

The crowds that attended the evacuation on Tuesday were gone, and few were there to watch the bulldozers at work.

The evacuation ordered by the High Court was carried out by security forces on Tuesday with only minor clashes between protesting youths and police.

The 15 families themselves left their homes on their own power.

Approximately 2,300 police officers and Border Police forcibly removed more than 500 youths from the site and bused them to various locations, though hundreds more left of their own accord.

A bulldozer demolishes a home in Netiv Ha’avot in Gush Etzion, Wednesday.