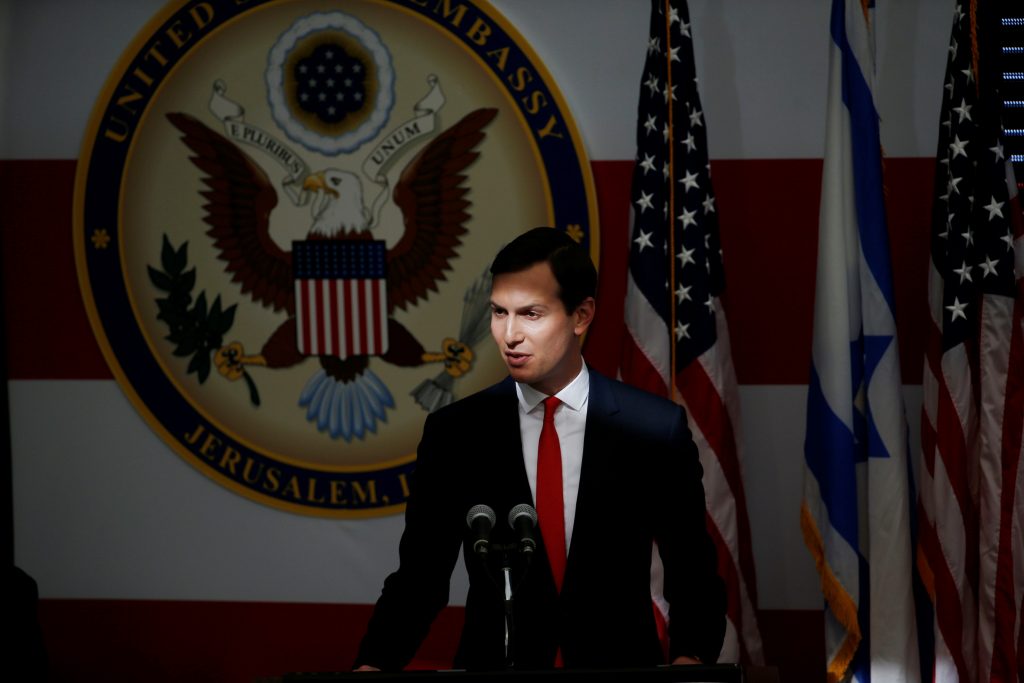 The Trump administration’s long-delayed peace plan will be getting a restart as the president’s Middle East peace team, senior adviser Jared Kushner and special envoy Jason Greenblatt, are planning a trip to the region next week, according to Axios news.

Kushner and Greenblatt will go to Israel, Egypt and Saudi Arabia to discuss the plan which has been in the works for many months but has not been finalized due, at least in part, to Palestinian objections.

Ramallah is not on the itinerary either, as Palestinian Authority President Mahmoud Abbas has refused to meet with American officials since the embassy move.

“The administration wants to launch the plan when the circumstances are right, and Kushner and Greenblatt want to hear the parties’ thoughts on that. The administration has not set a date yet for launching the plan,” the official added.

Meanwhile, U.S. Ambassador to Israel David Friedman was in Washington because he wanted “to catch up with Kushner and Greenblatt before they head to the region,” the U.S. official said, and was not, as some media reports asserted, summoned to discuss it.