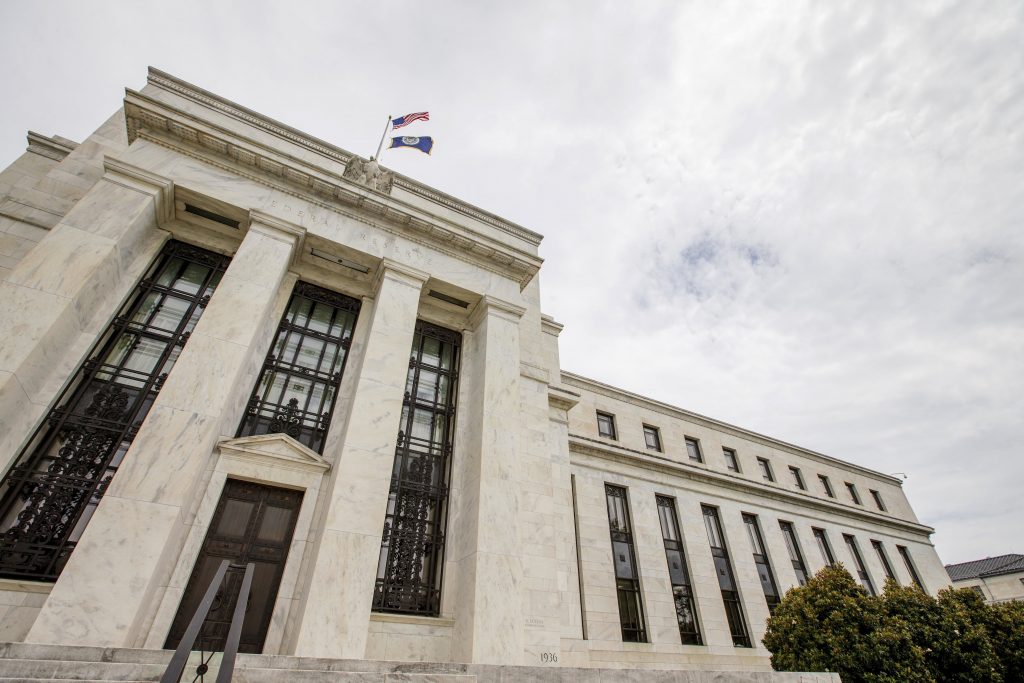 With the Federal Reserve virtually guaranteed to raise interest rates this week, investors are focused on how the U.S. central bank characterizes its monetary policy as borrowing costs return to more normal levels amid an ongoing economic expansion.

In what could be the most consequential rewrite of its policy statement in two-and-a-half years, the Fed may signal how close it is to stopping its rate hike cycle, whether faster economic growth warrants ramping up the pace of tightening, and if it feels the era of loose money is, in effect, over.

The language in the Fed policy statement “is growing increasingly stale with each successive rate hike,” Goldman Sachs economists Spencer Hill and Jan Hatzius wrote ahead of the start on Tuesday of the central bank’s two-day policy meeting.

Hatzius predicted the policy-setting Federal Open Market Committee will, at the least, drop language it has used since late 2015 that says rates would remain below historical levels “for some time” to come.

That small change would mark a broad acknowledgement that, nine years into the second-longest U.S. economic expansion on record, monetary policy and the economy in general are starting to look increasingly normal, both domestically and abroad.

The Fed’s current monetary policy tightening cycle began in December 2015, and it has started trimming the massive portfolio of U.S. Treasury bonds and mortgage-backed securities that it bought to boost the economy after the 2007-2009 recession.

The European Central Bank is expected later this week to outline its own plans to stop emergency asset purchases, highlighting Europe’s rebound from crisis.

Global growth has remained strong this year despite the risk of a global trade war and concerns about rising levels of sovereign debt.

Set against that backdrop, it makes little sense, say many analysts, for the Fed to keep promising to keep rates low as borrowing costs hit levels that are no longer considered low on an historic basis.

The Fed’s benchmark overnight lending rate, if lifted to a range of 1.75 percent to 2 percent this week, would be at a level comparable or above where it was from late 2001 to 2004, a period punctuated by the bursting of the technology bubble and the Sept. 11, 2001 attacks.

The Fed’s policy statement and fresh economic projections are due to be released at 2 p.m. EDT on Wednesday. Fed Chairman Jerome Powell is scheduled to hold a press conference half an hour later.

“We see hawkish overtones from the decision to raise rates and our expectation that the statement will no longer say that the (federal) funds rate is likely to remain below the long-run neutral rate for some time,” Barclays analyst Michael Gapen wrote in a recent research note.

“As the (Federal Open Market Committee) closes in on neutral, we see it as less likely to make promises on the path of policy,” Gapen said, referring to the level at which monetary policy neither boosts nor slows the economy.

Futures contracts indicate a 96 percent probability the fed funds rate will be raised a quarter of a percentage point on Wednesday, according to CME Group.

Fed policymakers’ updated forecasts will show whether they continue to expect only one additional rate increase over the rest of the year, or feel recent strong job and economic data justify a second one in the near term, and perhaps a boost to the number of rate hikes expected next year.

For several weeks, Fed officials have been indicating that changes to the statement may be in the works, though they have not been clear about the likely extent of them.

According to the minutes from the last policy meeting and policymakers’ statements since then, some Fed officials feel the fed funds rate is already at or near “neutral,” and therefore should no longer be described as “accommodative,” or directly encouraging investment and spending.

Analysts see such a shift as less likely at this point.

The last time such a change occurred was in September 2005 when rates were raised from 3.50 percent to 3.75 percent, “into the range of (neutral) estimates” given by Fed staff at the time, Goldman Sachs analysts noted.

The phrase “policy remains accommodative” was merely removed, with no substitute language or explanation.

Currently, the core of Fed policymakers feel the neutral rate is around 2.9 percent – allowing leeway for perhaps three or four more rate increases – and some argue it may well be rising given the impact of the Trump administration’s tax cuts and other fiscal stimulus.