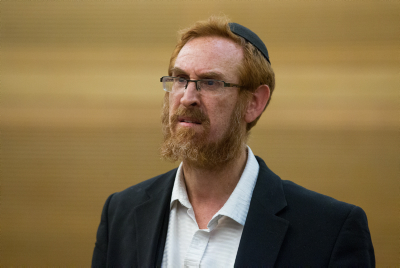 Likud MK Yehuda Glick began a hunger strike Tuesday – which he said he would continue until Finance Minister Moshe Kahlon raised taxes on loose tobacco, to make it equal to taxes on cigarettes. “Who can remain silent as 8,000 people a year die from smoking?” Glick wrote in a social media post announcing his hunger strike. “Health organizations from around the world have begged Israel to raise the taxes on loose tobacco, and the finance minister won’t listen.”

Taxes on cigarettes in Israel, as in many other countries, are very high – but  taxes on loose tobacco, which can be rolled into cigarettes, are far lower. According to Glick, those cigarettes have become a major factor in the ongoing usage of cigarettes, especially among younger people. “Children in grades eight and nine buy loose tobacco for cigarettes with their snack money,” Glick said in the Knesset Monday. “Finance Minister Kahlon is taking our children hostage for political reasons. I believe that life is more important than money, so I can no longer ignore this and pretend that I am not responsible.