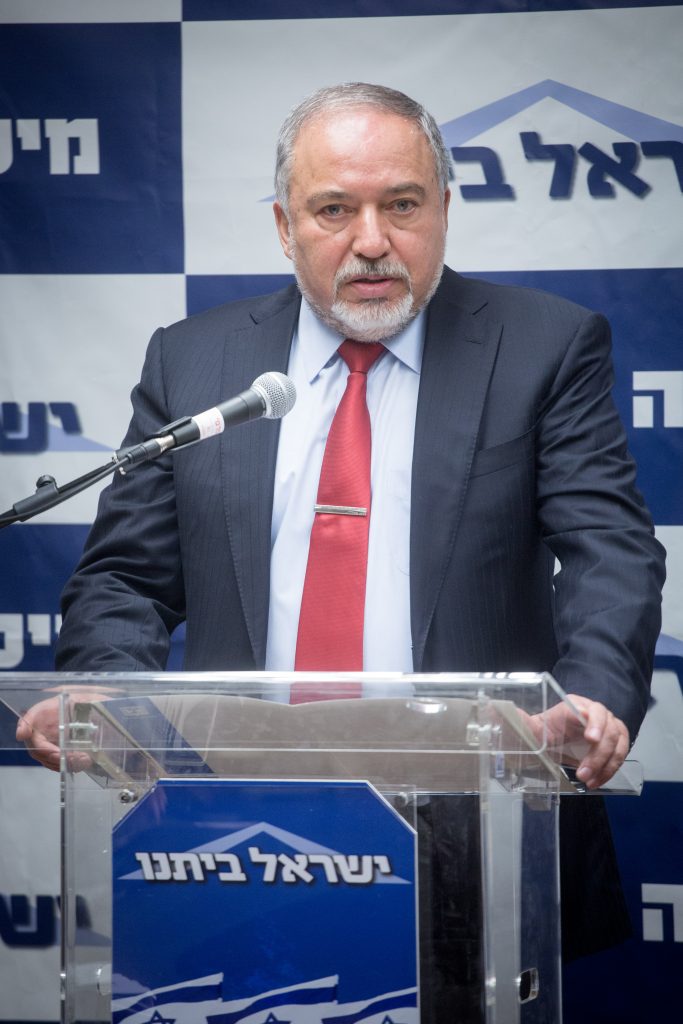 Defense Minister Avigdor Liberman on Tuesday said that humanitarian aid to Gaza should be conditioned on a minimal humanitarian gesture on the part of Hamas: Red Cross access to the Israelis held captive by them.

“We’re asking for the most obvious, humane humanitarian gesture — at least letting the Red Cross see our captives and fallen soldiers,” Liberman was quoted by The Times of Israel as saying. “After that it will be much easier, not necessarily to reach a long-term ‘hudna’ (ceasefire) but to give humanitarian aid to the residents of Gaza.”

Two Israeli men — Avera Mengistu and Hisham al-Sayed — and the remains of two fallen soldiers — Oron Shaul Hy”d and Hadar Goldin Hy”d — are believed to be held by the terrorist group in the Gaza Strip.

Hamas’s refusal to grant access to them or even disclose information about them is in violation of international law.

Liberman made his remarks during a visit to the Gaza periphery, where he met with senior IDF officers to discuss the security situation in the area. Although rioting has fallen off at the border fence, incendiary kites and balloons are still being launched into Israeli territory, causing fires.

“We are succeeding in shooting down two-thirds of the kites and balloons, despite the increase in the use of this weapon by Hamas,” Liberman claimed, referring to a military drone program to intercept the incoming devices.

“We are coming up with a solution for the other third that are still being launched,” Liberman said.