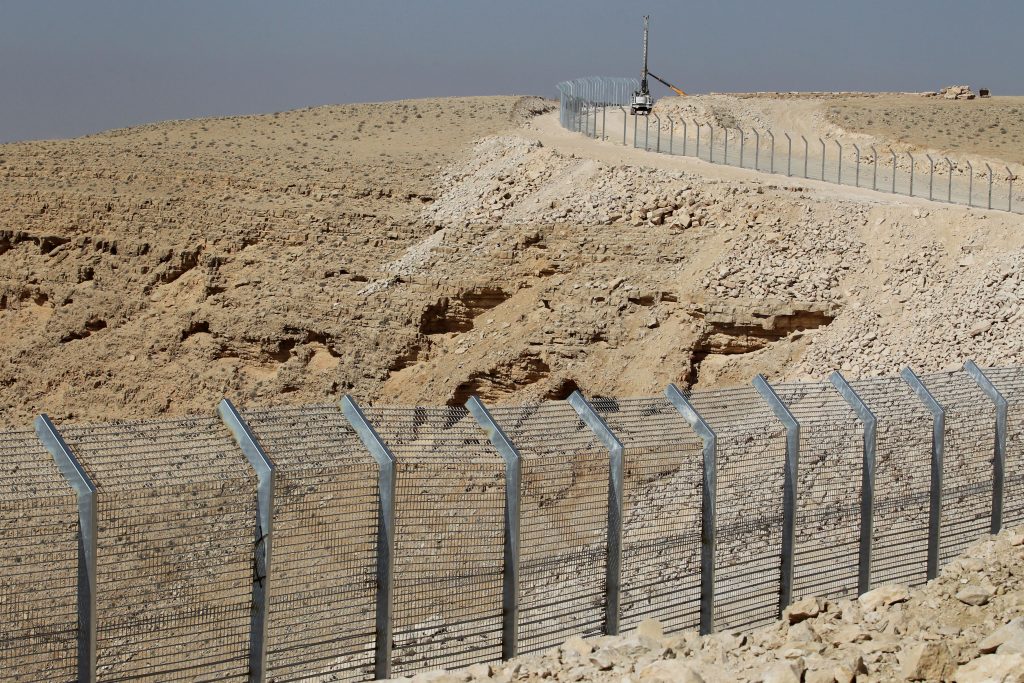 Pres. Trump has said the United States needs a wall along its 2,000 mile southern border to prevent illegal immigrants entering from Mexico and that their country should pay for the project. Mexico has rejected that idea and the funding dispute has fueled U.S. domestic dissent.

A U.S. official who spoke to Reuters on condition of anonymity confirmed Nielsen’s visit to the Israel-Egypt border.

“She understood the challenges and opportunities that exist there,” the official said, without elaborating.

The U.S. Department of Homeland Security declined comment. In a June 8 statement, it had said that while traveling in Israel this week she would “receive an operational briefing on Israeli border infrastructure technology and systems.”

The razor wire-lined Israeli fence, which is between 15 feet and 24 feet in height, was erected over three years along the 143-mile frontier with Egypt’s Sinai desert. It cost Israel around $380 million.

Israel credits the fence with stemming an influx of illegal African migrants and infiltration by Islamic State-linked terrorists.