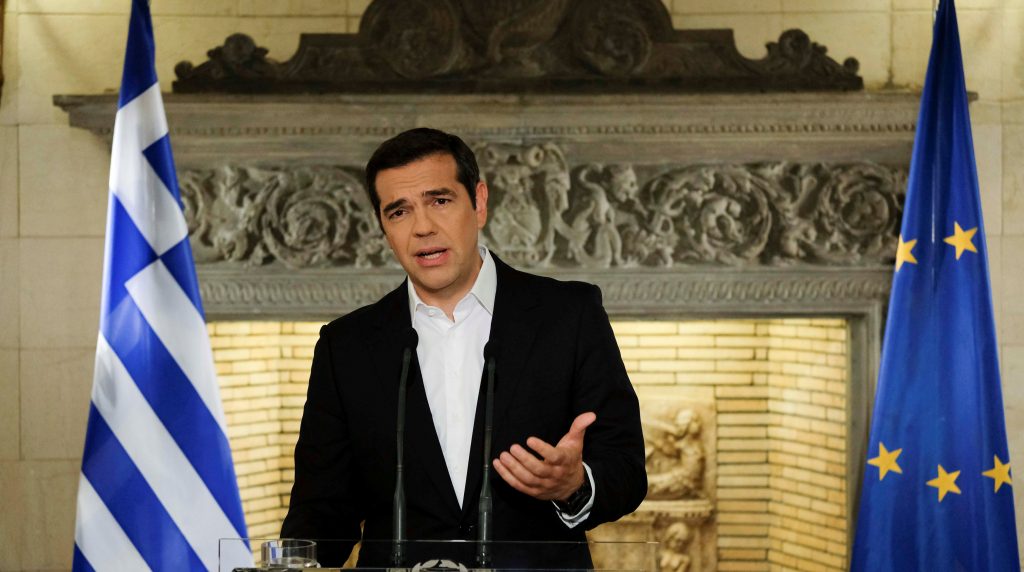 Greece and Macedonia have reached a historic accord to resolve a dispute over the former Yugoslav republic’s name that has troubled relations between the two neighbors for decades.

Under the deal, Macedonian Prime Minister Zoran Zaev said his country would officially be called the “Republic of Northern Macedonia”. It is currently known formally at the United Nations under the interim name “Former Yugoslav Republic of Macedonia”.

Zaev said the deal would open the way for the tiny Balkan nation’s eventual membership of the European Union and NATO, currently blocked by Greece’s objections to its use of the name Macedonia. Athens say that name implies territorial claims on a northern Greek province of the same name.

“There is no way back,” Zaev told a news conference after speaking with his Greek counterpart Alexis Tsipras by telephone. A meeting of the two soon may seal the deal, he said.

“Our bid in the compromise is a defined and precise name, the name that is honorable and geographically precise – Republic of Northern Macedonia.”

“By solving the name question, we are becoming a member of NATO,” Zaev added.

The accord still requires ratification by the two national parliaments and a referendum in Macedonia. Skopje also needs to revise its constitution, Tsipras said, before Greece ratifies the deal.

The name dispute has soured relations between the two neighbors, at least since 1991, when Macedonia broke away from former Yugoslavia, declaring its independence under the name Republic of Macedonia.

Many Greeks felt their northern neighbor was trying to hijack Greece’s ancient cultural heritage. Macedonia is the birthplace of Alexander the Great.

“Maybe what has the most historic gravity and value for Greece (is that) according to this accord… our northern neighbors don’t have, and cannot assert, any link to the ancient Greek culture of Macedonia,” Tsipras said in an address on Tuesday evening.

But the leftist leader is still likely to win support from center-left parties. “We want to be part of a solution,” said an official at the opposition Socialist Party.

Athens and Skopje have been racing to agree on the outline of a settlement before an EU summit in late June. A NATO summit is scheduled for mid-July.

Veteran United Nations diplomat Matthew Nimetz, who has been a mediator in the name dispute since 1994, hailed the “leadership, vision and determination” of the foreign ministers of Greece and Macedonia, who have negotiated for months.

“I am encouraged by the dedication of both governments to deliver mutual benefits for all their citizens through the establishment of a strategic partnership as a basis for intensified cooperation across all sectors,” he said in a statement.