Israel Chareidi Parties: We Will Not Allow Draft Law That Harms Yeshivos
Israel 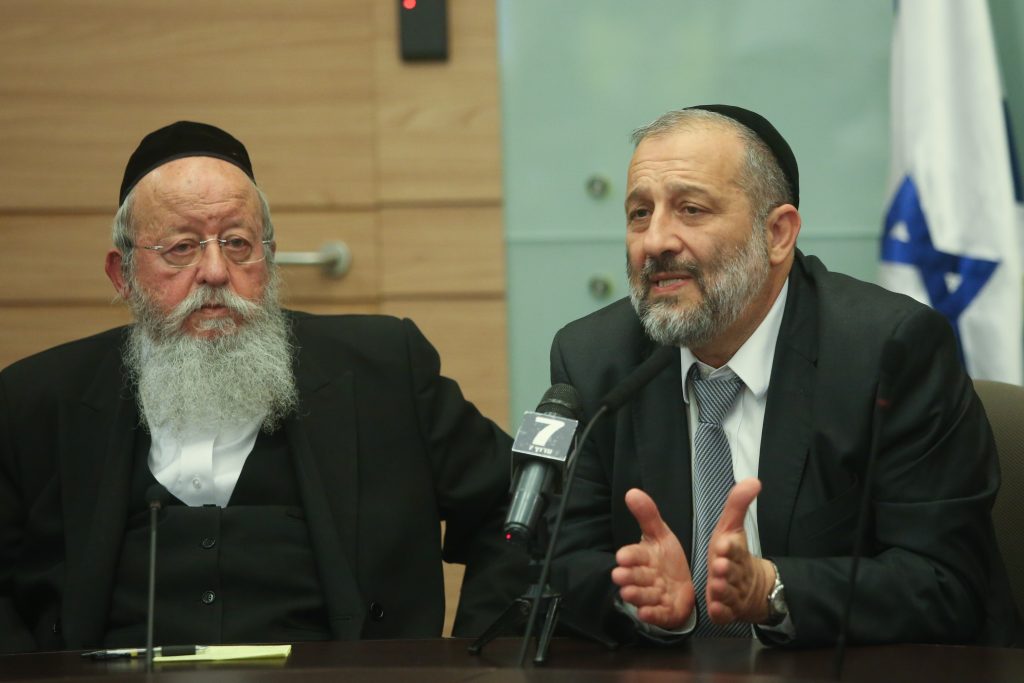 The Defense Ministry’s recommendations for a new conscription law released on Monday night have so far seemed to please no one, among either religious or secular members of Knesset.

The proposed numerical recruitment goals and financial sanctions for yeshivos that do not comply are deeply troubling to the chareidi parties, which have fought against them in the past; while the secular MKs are saying they do not go far enough.

United Torah Judaism released a statement that said that after examining the 19-page document, and following their policy on such weighty matters, they will bring the ministry’s proposals to the Moetzes Gedolei HaTorah for a decision on how to proceed.

UTJ stressed that “in any case, the party will not lend its hand to harm the yeshivah students in any way. It will stand firm in defending the right of every person to pursue his Torah studies without interference, as has been the status quo until the present.”

“Shas opposes any attempt to punish those who study Torah by reducing yeshivah budgets. We will not allow harm to the standing of yeshivah students,” he declared.

Rabbi Deri added that Shas views such attempts with dismay, and will not support legislation that would undermine the study of Torah, which is a “supreme value” of the Jewish people.

He said that he will study the ministry document and present the matter in all its details to the Moetzes Chachmei HaTorah for their scrutiny and determination.

MK Rabbi Yisrael Eichler (UTJ) stressed in an interview with Hamodia that the most important point to make is that the Gedolei Torah will decide on the response of the chareidi parties, to what extent, if any, they can accept the proposals, and if satisfactory revision cannot be obtained, whether to leave the government coalition.

Rabbi Eichler noted that the state would benefit “doubly” from financial sanctions — the money it would not allocate to the yeshivos, as well as the disturbance caused to the lomdei Torah.”

“It is a disgrace,” he added, that the state of Israel should seek to penalize the yeshivos and yeshivah students for sitting and studying Torah.

There has been no comment as of yet from Prime Minister Binyamin Netanyahu, who officially received the Defense Ministry’s recommendations on Monday night. The reaction from leaders of the various secular parties appeared muted for the time being as well.

Some of those who have agitated for years for the recruitment of chareidim into the IDF expressed immediate dissatisfaction with the ministry’s proposals.

“The outline should be passed as a temporary law for a limited amount of time, like five years, so that if the conscription targets are not met, conclusions can be drawn and the law can be fixed,” Plesner said.

He contended further that “the low rate of enlistment among chareidi men is the main cause of the continuing drop in Israeli civilians serving … If that trend continues, it can, in the long run, destroy the model of the people’s army and national security.”

“Even Defense Minister Liberman, once one of our ‎greatest supporters, has surrendered to politics and ‎to the desire to hold on to his seat. This proposal will not change the existing reality and it will only perpetuate ‎the outrageous discrimination. ‎Secular Israelis and some in the religious sector ‎will join the IDF, while the chareidim will continue ‎to do as they please, with pay and impunity. This is ‎another law that will not live up to the test of reality ‎and will be struck down by the High Court.”‎

Yesh Atid noted that “all of the principles of the outline are taken from the legislation we passed in the last Knesset, including sanctions for not meeting targets.”

“We expect the defense minister and the government not to let political considerations twist the committee’s conclusions … We will fight for equality in the burden and for the principle of the people’s army because that is the future of the country and Israeli society.”

This marks the first time the IDF has outlined its own recommendations for chareidi recruitment. ‎

The committee was headed by Attorney General Itai Ofir, the Military Advocate General, the Chief Rabbi of the IDF, and the Head of the Social Security Division at the Defense Ministry.

Over the past few weeks the committee met with military officials, government officials, rabbis, and other public figures.

The committee’s recommendations were unanimously approved by the Chief of Staff and Defense Minister.