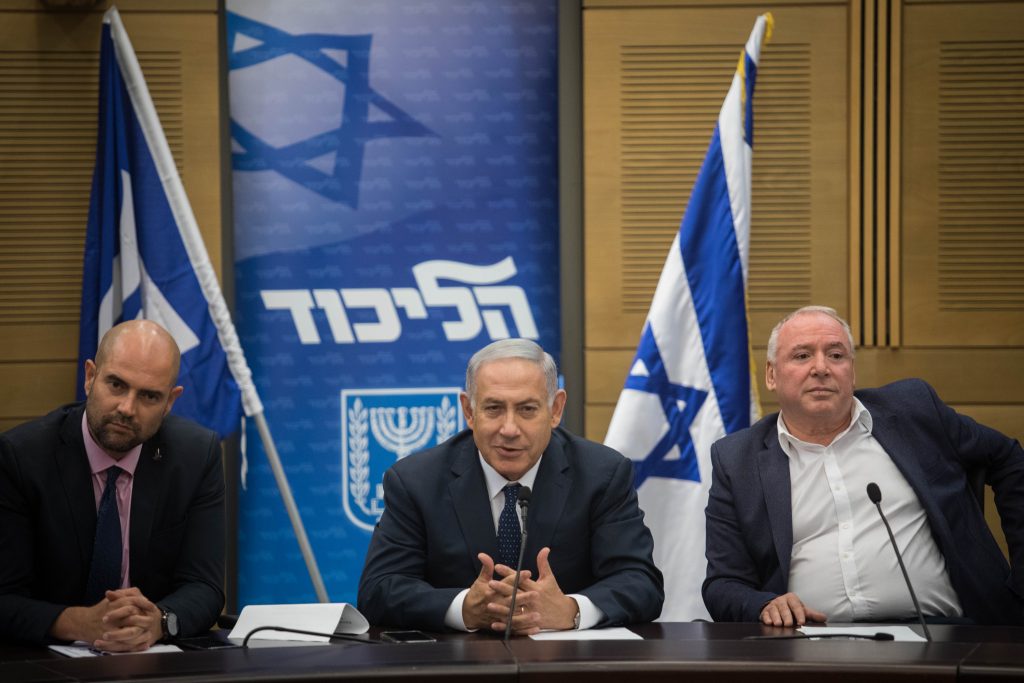 A law that would deduct from taxes Israel collects for the Palestinian Authority the amount Ramallah pays out in stipends to convicted terrorists was cleared on Monday for a final vote in the Knesset.

Israeli Prime Minister Binyamin Netanyahu welcomed the approval of the bill by the Knesset Defense and Foreign Affairs Committee, including an addendum proposed by the PM which would also deduct funds “for damages caused by fires on the Gaza border. Justice needs to be done. Those who burn fields will pay the price,” he told the Likud faction meeting on Monday.

The passed version of the bill allows the government no discretion in the amount to be withheld from the PA, which won out by a 9 to 1 vote over the Defense Ministry’s draft, which gave the government latitude in deciding how much to deduct, based on diplomatic and other considerations.

“I’ve never heard of a situation where you pass a law and, in special circumstances, the government can decide to cancel it forever,” Foreign Affairs and Defense Committee chairman Avi Dichter (Likud) said.

“Why do we need a law if we are going to let the government decide anyway?” asked Likud MK Anat Berko. “They can decide now if they want to anyway. The point of legislation is to stop that.”

“The problem is that no government since 1994 ever did it,” said Likud’s MK Amir Ohana. “They have all kept up this farce.”

Dichter declared that the MKs made history. “Israel will no longer be a pipeline for transferring money to terrorists,” he said.

The amount deducted will be invested in a fund to pay damages to victims of terror, among other things.

With support from the coalition and much of the opposition as well, the bill is expected to pass its final reading in the plenum without difficulty.