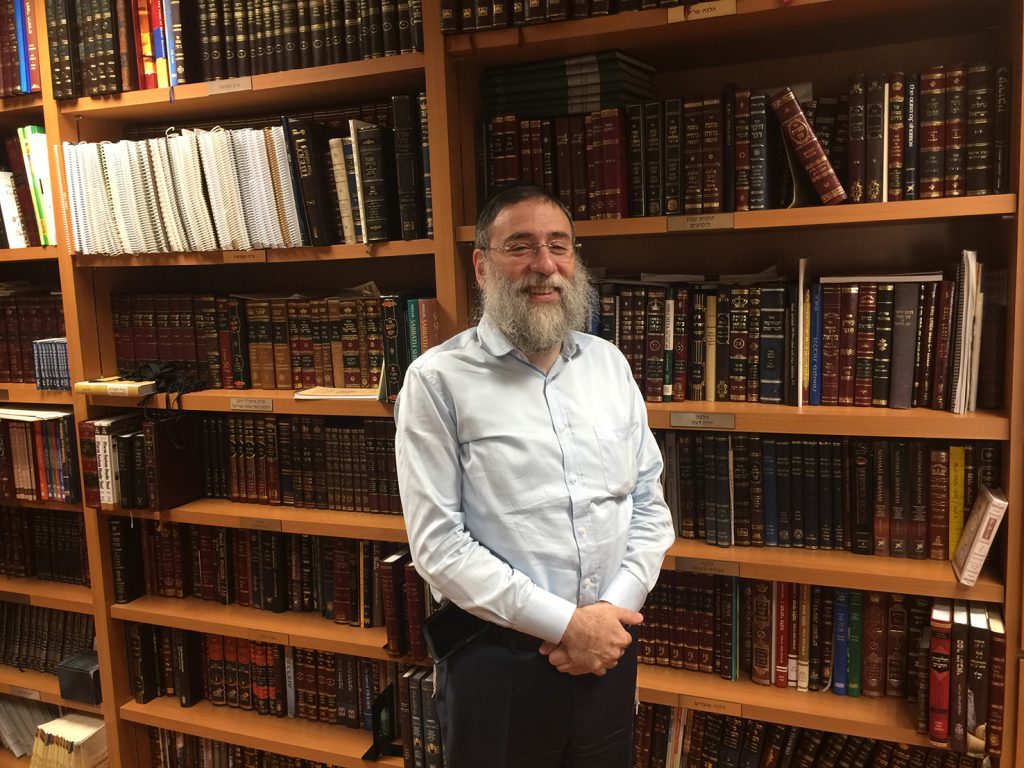 As the nation hosting perhaps the most consequential world summit since the end of the Cold War, the city-state of Singapore is playing a unique role in world events. The country’s status as a shining example of religious and ethnic tolerance, says its chief rabbi, gives it a special merit to host an event that may be a landmark for world peace.

SINGAPORE – The Jewish community here traces its roots back to the days of the founding of this city-state nearly 200 years ago.

In 1819 the British East India Company purchased Singapore from the sultan of Johor, and established it as a British settlement. The business hub attracted many Jewish merchants, and soon thereafter the first synagogue was established in Singapore, on a street that would later – and to the present day – be called Synagogue Street. Later, the synagogue moved to its present location on Waterloo Street, and was named Maghain Aboth.

Among those instrumental in obtaining land for the synagogue was Sir Menasseh Meyer, a wealthy Jewish businessman and philanthropist, born in Calcutta, India, to Iraqi Jewish parents. Sir Menasseh Meyer is the most prominent figure in the Jewish history of Singapore.

In 1905, Sir Meyer, who was aging and unable to walk from his home to Maghain Aboth, founded another synagogue, Chesed El, on a street called Oxley Rise.

Today both Maghain Aboth and Chesed El serve the Singapore Jewish community, which boasts more than 2,000 members, and more than 50 shomer Shabbos families – in addition to the numerous businessman and tourists who enjoy its facilities year-round.

The synagogues are run today under the auspices of the Jewish Welfare Board and other trusts, which oversee all the functions of the kehillah.

Being received anywhere indoors is welcome in Singapore, as outside temperatures were, as usual, in the high 80s with brutal humidity. But Rabbi Abergel is a delightful conversationalist, and, it seems here, quite a proud adopted Singaporean, as well.

“Singapore is a model of religious harmony for every country in the world to emulate,” Rabbi Abergel says with evident pride and hakaros hatov.

Rabbi Abergel, a Chabad shaliach who was born in France and grew up in Belgium, has been the spiritual leader of the kehillah since 1994. Just over a decade ago, he brought in the Israeli-born Rabbi Netanel Rivni, another Chabad shaliach, to serve as assistant Rav of Maghain Aboth; and Rabbi Jean-Pierre Fettman of Luxembourg was recently hired as Rav of the Chesed El synagogue.

“Both shuls serve the same community,” says Rabbi Abergel. “Where one chooses to daven is generally dependent on his place of residence, as Singapore is quite spread out.”

Maghain Aboth boasts three daily minyanim; Chesed El has a minyan every Monday, Thursday and Shabbos. Though both shuls are Sephardic, Maghain Aboth also has some Ashkenazic minyanim for the small Ashkenazic portion of the kehillah.

In 1996 Rabbi Abergel’s wife, Simcha, founded a day school, which she runs to this day. The day school goes up to the seventh grade; beyond that level Jewish children typically attend public schools while continuing their Jewish education at home.

The Jewish Community Centre has a fleishig restaurant open during specific times each weekday for breakfast, lunch and dinner, and on Shabbos for those who pre-order meals. There is also a kosher grocery, featuring packaged goods from Australia and Israel (the closest and second-closest sizable Jewish communities to Singapore, respectively), dairy products from the U.S., ultra-high temperature (UHT) processed milk from Israel, chickens shechted by Rabbi Abergel himself, and meat from Australia. (Local regulations make slaughtering cattle in Singapore all but illegal.)

The kehillah enjoys an outstanding relationship with both the political leaders and citizens of Singapore.

In 1963 Malaysia obtained its independence from England; two years later, Singapore became independent from Malaysia. The small nation-state felt vulnerable, says Rabbi Abergel, so it sought to ally itself with another small, young but powerful Asian democracy: Israel. The two countries grew to share close business and military ties; as a result, “the typical Singaporean knows about and cares for Israel,” which naturally bodes well for Singapore’s own Jewish population. Moreover Singapore boasts a large number of ethnically Chinese evangelical Christians, who are very supportive of the Jewish state.

Furthermore, “In Asia, you don’t have the historic anti-Semitism that existed in places like Europe,” says Rabbi Abergel. Even before there was a Singapore, “the social fabric of Asia [was] such that there were really no racial or religious tensions.”

Indeed, Rabbi Abergel says that the country’s warm relations with its religious minorities extends well beyond the Jewish community. Buddhists (the country’s dominant religion, practiced by a third of the country’s six million citizens), Taoists, Hindus, Bahais and Muslims all get along remarkably well, and are respected by government and fellow citizens alike.

Though a model of religious freedom, Singapore is considered by many to be a country that does not allow other liberties enjoyed by Westerners, particularly Americans. But Rabbi Abergel believes this to be “total garbage.” Though the People’s Action Party (PAP) has won every election for six decades, Rabbi Abergel says this is simply because they are “the only game in town,” the only reasonable party to vote for. He believes that describing this country as a “benevolent dictatorship,” as some people do, “is utter nonsense; it doesn’t reflect reality.”

The press here certainly does not enjoy the same near-absolute freedom of speech it does in countries like the U.S., but Rabbi Abergel says that this is simply a strict enforcement of defamation laws: If a media member accuses a government official of corrupt activity, the government may sue him under defamation laws, “forcing him to substantiate what he said.”

“When you think about it, I think that makes sense,” says the Rabbi. “Should anyone be allowed to say anything and just get away with it?” – though he acknowledges that these ideas may seem foreign, so to speak, to an American journalist. Furthermore, “hateful speech” against members of a religion is not tolerated as free speech; an imam was recently deported for citing verses that predict a Muslim victory over Jews and Christians.

Finally, with the eyes of the world on the historic Trump-Kim summit, I ask Rabbi Abergel about the significance of this event being held here.

“I look at it that Hashem has granted this historic event to Singapore, because this country obviously has a zechus,” he says. “Singapore has been a steadfast friend to the Jewish people and the State of Israel  …  may it be their zechus, b’ezras Hashem, to be involved in an event that will bring peace to the world.”