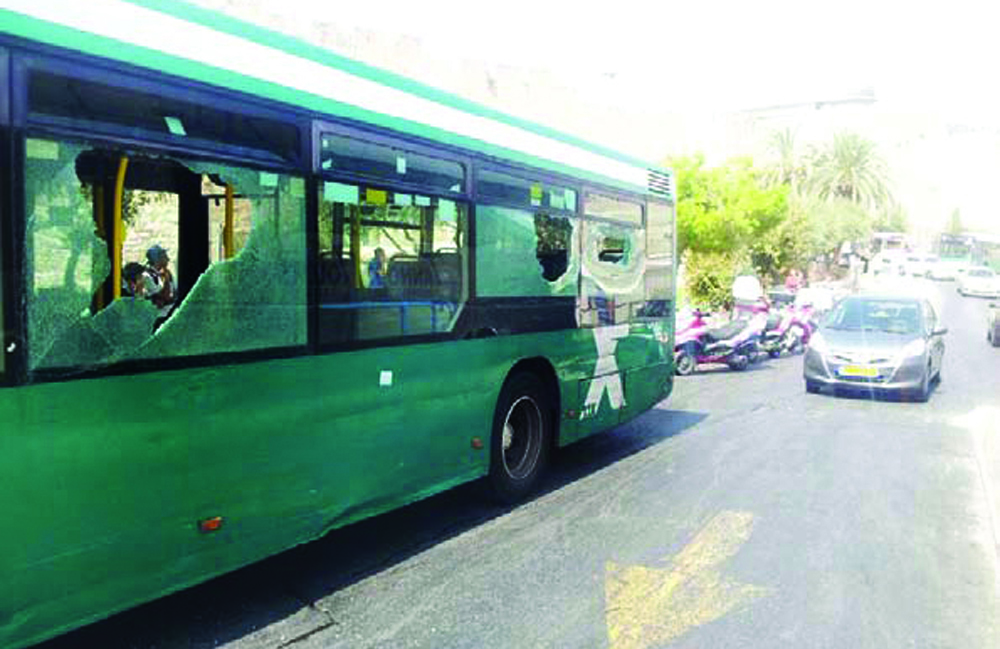 Late Sunday, security officials in Yerushalayim arrested an Arab who had thrown stones at a bus near the Kosel. The incident occurred Sunday night, when the Arab threw stones at the packed Number 1 bus as it traveled between Meah Shearim and the Old City. Security officers responded immediately and found the culprit after a short time. The Arab will be brought to court Monday for an extension of his remand.

Authorities early Monday arrested six Arabs who were responsible for spreading hundreds of videos, songs and speeches online that incited Arabs to violence against Jews and Israelis. The videos included demonstrations of how to attack soldiers and police, and contained speeches exhorting Muslims to murder Jews. Officials are working to remove the content from sites, wherever possible. In the past, terrorists have said that they had been inspired to attack Jews based on such content.