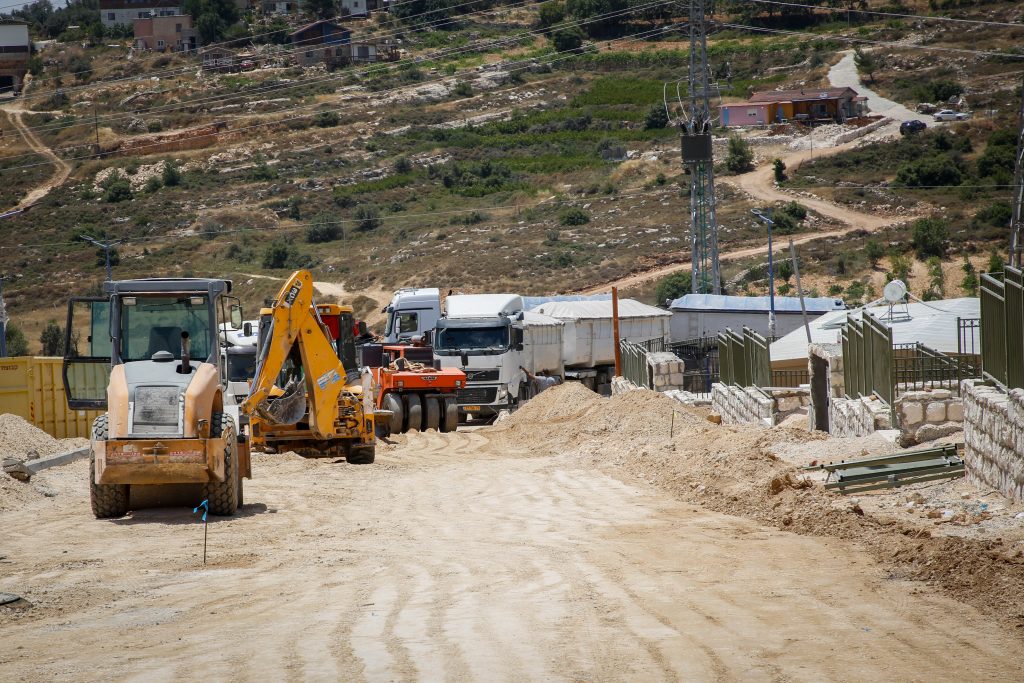 Thousands of people, including government ministers and rabbinical figures, rallied on Monday evening to protest the court-ordered destruction of Netiv Ha’avot, the small outpost community in Gush Etzion, slated for Tuesday morning.

In a speech to the crowd, Education Minister Naftali Bennett (Jewish Home) lashed out at the High Court: “Anyone who wants to demolish 15 homes here will receive 350 houses on this very hill… I have no other word [to describe the situation] except absurd … I do not remember a legal action with so little logic as here,” he said.

“At times, [the judges of] the High Court are major activists on behalf of human rights,” Bennett said sarcastically. “But suddenly when it comes to citizens here, that activism is frozen. When it comes to the rights of the settlement movement, suddenly the court is passive.”

Gush Etzion Regional Council chairman Shlomo Ne’eman said: “Families are about to sacrifice their homes on the altar of the rule of law — a law that has no justice, no morality. A law that states that a Jew who built a house on his land should stand up and go because of violent attacks by left-wing organizations that aim to throw us out,” he says.

“We have news for them: This land is ours. These stones are ours. These thorns are ours, and these homes will be rebuilt. Not just 15 or 150 homes, but 400 homes, and that is just the beginning.”

Justice Minister Ayelet Shaked (Jewish Home) said that the government is actively seeking an end to such demolitions:

“We have changed the discourse from one of how we evacuate to how we legalize and we are in the midst of a process of legalizing all of the settlements in Yehudah and Shomron. From this difficult and unnecessary evacuation, we will be strengthened and build.”

Leading figures in the national-religious camp were in attendance, including Rabbi Chaim Druckman and Rabbi Yaakov Medan.

Residents of the outpost were calling for a show of solidarity but no violent resistance to the evacuation.