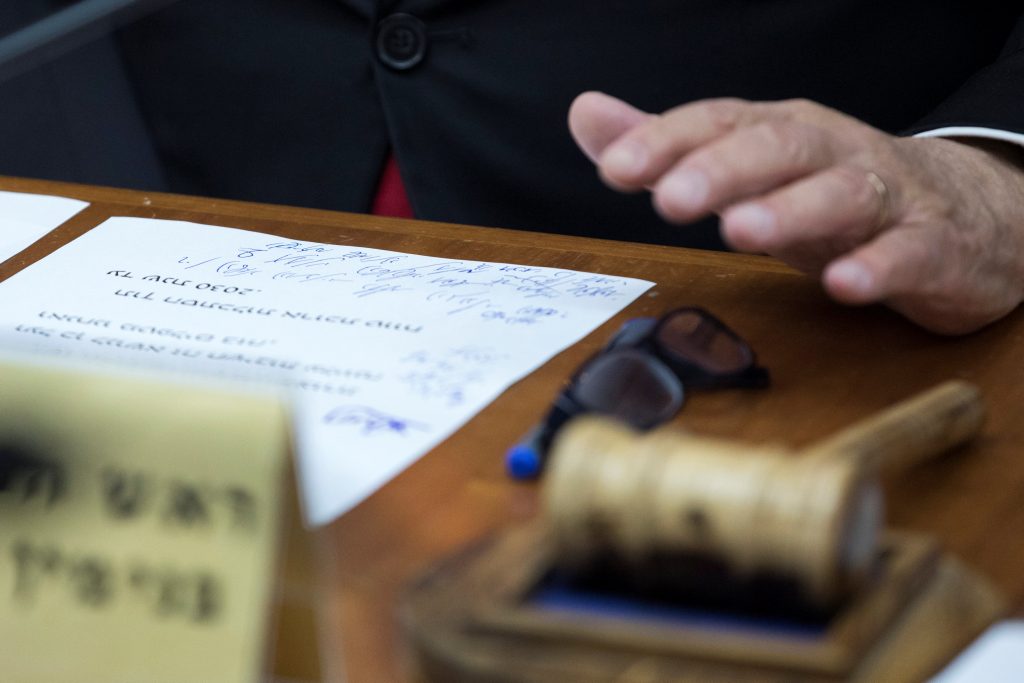 The next round in the decades-long struggle over military exemptions for yeshiva students was about to begin on Sunday night as the Defense Ministry was expected to present Prime Minister Binyamin Netanyahu with its recommendations for a new conscription law, The Times of Israel reported.

Mr. Netanyahu said on Sunday that once he receives the recommendations, he will immediately commence the process of bringing it forward in the Knesset.

Coalition sources were quoted as saying that the bill would probably be submitted to the attorney general this week and then to the Ministerial Committee for Legislation next Sunday, where proponents hope it will be fast-tracked through the Knesset.

All eyes are on the clock because the United Torah Judaism party has said it will leave the coalition if a satisfactory bill is not passed by the end of the Knesset summer session on June 22.

Details of the Defense Ministry recommendations have not been made public yet.

“It needs to pass its three readings by the end of this legislative session, otherwise we will leave,” Deputy Health Minister Yaakov Litzman told Army Radio. “If the law doesn’t pass, we are leaving the government, unequivocally.”

Defense Minister Avigdor Liberman dismissed the possibility of the government collapsing over the military draft issue.

In an interview with Ynet, Liberman said: “It doesn’t look like anyone has anywhere to go. Anyone who breaks a functioning, effective right-wing government, I believe would pay a heavy price,” he said.

“I don’t think the chareidim have an interest in going to elections over the draft law of all things,” he said, adding, “I believe it is a very measured draft law…”

“Professionals have drafted this law, without political intervention. It is not designed to gain more votes or to put anyone down, only to solve problems which have been on the table for too many years. If there is a practical and state approach to the draft law, I believe we will pass this difficult hurdle,” Liberman said.

However, the chareidi MKs were waiting to see what’s in it.

With a coalition of only 66 MKs of the 120-seat Kneset, the loss of UTJ’s six seats would almost certainly trigger new elections.