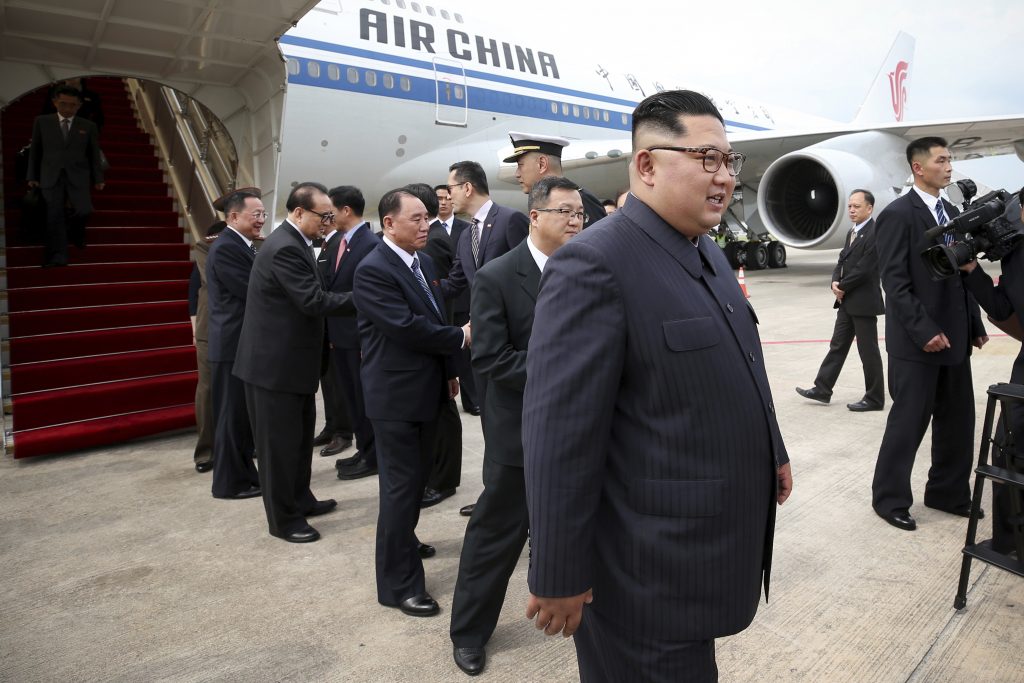 Dozens of bodyguards wearing red pins and earpieces stood inside a velvet rope line cordoning off part of the lobby at the luxury hotel.

Police in black berets and riot gear cautioned onlookers to back up, and then back up again. A hushed silence fell, a single official camera flashed.

Kim Jong Un was in the house.

Kim made his debut before international media Sunday afternoon, traveling in a motorcade of more than 20 cars and checking into the St. Regis hotel before his meeting Tuesday with President Donald Trump. He arrived in a shiny Mercedes stretch limo bearing the North Korean flag.

About an hour and a half later, security and police roped off the lobby and ordered everyone in earshot to put their cellphones away. Kim emerged from an elevator to leave for a meeting with Singapore’s prime minister, Lee Hsien Loong.

He sauntered to the hotel front entrance in a relaxed gait, surrounded by bodyguards in identical haircuts and black suits.

Craning their necks behind the ropes were reporters, hotel guests and residents of the condominiums next door. There was a South Korean family with young daughters, a pair of teenage girls and the hotel chef.

After Kim left, hotel staff and a stern North Korean official questioned a man for having sneaked a photo of Kim on his phone. Looking sweaty and nervous, he deleted the photos from his phone and swiftly left the lobby.