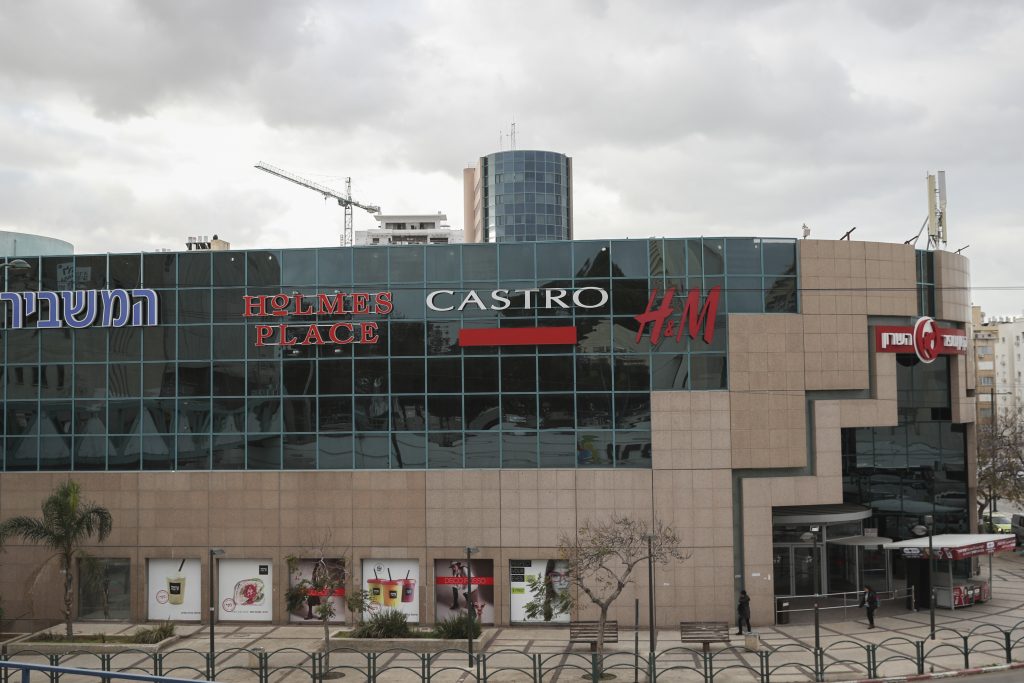 In a first-of-its-kind protest, dozens of clothing manufacturers in Tel Aviv decided to give away their products – dumping them into a pile that eventually grew to 20,000 items, available for passerby to pick through and take home. The event was organized by a group called the Movement for Israeli Fashion, and was designed to protest what the over 150 members of the group said was the government’s failure to protect them from unfair competition. “Finance Minister Moshe Kahlon doesn’t care about our businesses,” said one of the group’s members, Daniel Elharar. “At least 4o to 50 manufacturers went out of business in the first half of this year. We have no hope.”

An overvalued shekel, next to zero duty on clothing imported from the Far East, and the requirement that Value Added sales Tax (VAT) be paid on purchases from Israeli retail stores – while items that are bought online from foreign sales sites are exempt from all taxes in most cases – are the main issues that are making it almost impossible for clothing manufacturers and retailers to compete, Elharar told Yediot Acharonot. “I have to compete against goods made in China that are subsidized by their government, and I have to pay extra taxes, in the form of VAT,” he said. “Other countries either place a protective tariff on imported goods to defend local industry, or otherwise compensate local manufacturers. Here we have neither.”

In order to protect manufacturers, the organization is demanding that the government impose tariffs on Chinese imports, or negotiate a trade deal that will make it as easy and as cheap for them to export to China as it is for Chinese manufacturers to export to Israel. According to the group, all Western countries – except Israel – have tariffs in place on Chinese imports. The EU has a 12 percent tariff on such imports, Canada and Australia an 18 percent tariff, and the United States between 17 percent and 33 percent, depending on the item. The group is also demanding that purchases of clothing in amounts of up to $75 be exempt from VAT, as they are for online purchases from foreign sales sites.

Without those strictures, the Israeli clothing industry will soon be a thing of the past; manufacturers are failing on a weekly basis, Elharar said. “Half a year ago we had 200 companies in our group, now we are 150. The public is largely unaware that there are even any Israeli manufacturers.” Elharar said that the group had attempted to appeal to Kahlon, but had gotten a cold shoulder. “He won’t even acknowledge what we are going through. Maybe he is waiting for the next elections, but we need some hope now.” Yediot said that Kahlon’s office refused to comment on the matter.