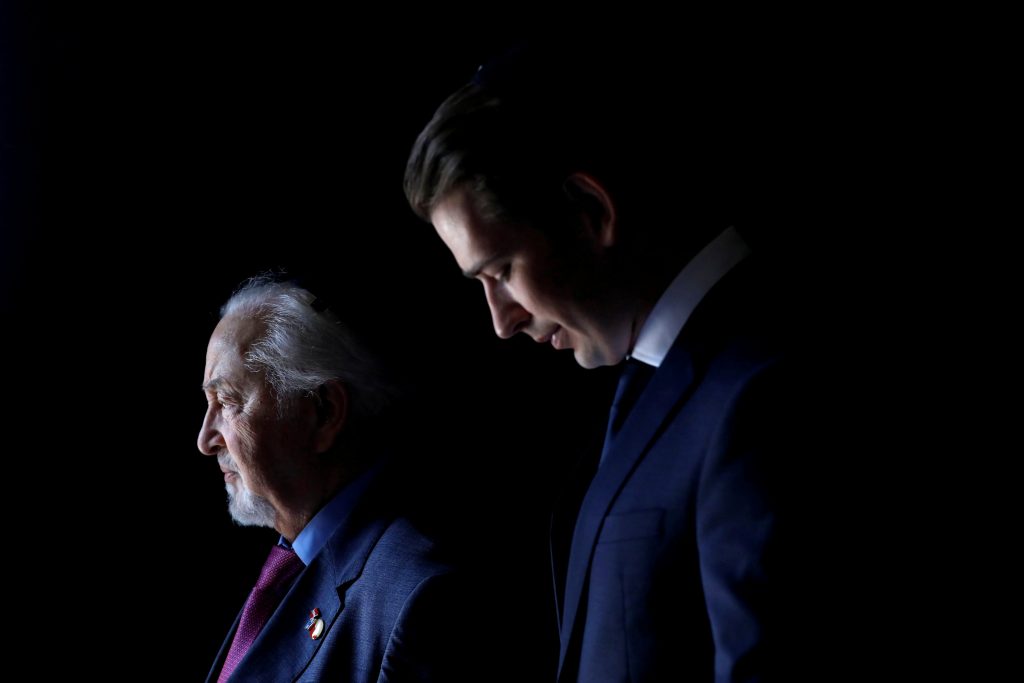 “As chancellor of Austria, I have to state that Austria and Austrians carry a heavy burden for the shameful crimes committed during the Shoah,” Kurz said during a visit to the Israeli Holocaust memorial.

“It is our duty and obligation to ensure that the Shoah will never happen again and that my generation and succeeding generations will never forget these horrific crimes,” he added.

The agreement provides Yad Vashem with access to the Austrian State Archives and the Mauthausen Memorial, with permission to copy documents relevant to the Holocaust.

Kurz also announced a 1-million-euro donation for a collection at Yad Vashem to preserve Holocaust-era art pieces and documents.

The Austrian leader was expected to ask Israeli Prime Minister Binyamin Netanyahu to rescind Israel’s boycott of officials in Kurtz’s government who are members of the far-right Freedom Party due to their neo-Nazi record.

Later in the day, Kurz paid a visit to the Kosel, something that heads of European Union member states do not do, since they regard it officially as “occupied territory.”

Although it was described as a “private visit,” Israeli diplomatic officials were quoted saying it was “important,” in light of the EU policy.

Meanwhile on Sunday, Haaretz reported that an anti-Semitic cartoon posted by Austrian Vice Chancellor Heinz-Christian Strache, of the Freedom Party, has been removed from his social media page.

The cartoon was posted six years ago, and sparked outrage at the time from the Jewish community, the European Union and others, but was apparently removed only recently. Strache refused to apologize for it, even during the 2017 election campaign.

Strache’s office would not comment on the matter on Sunday.