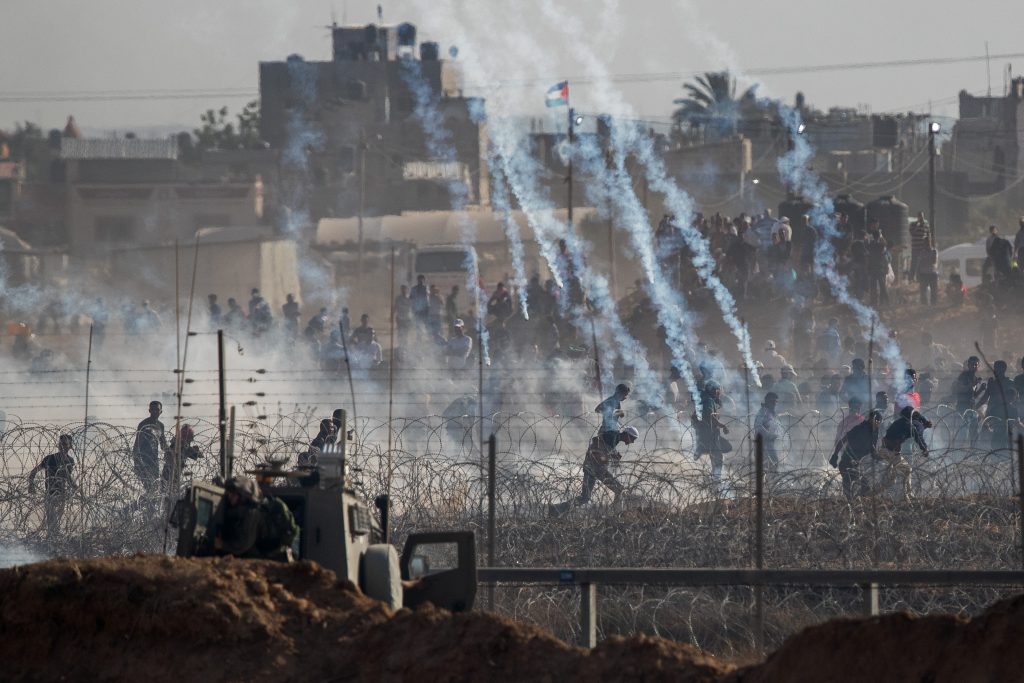 IDF sources on Motzoei Shabbos called the Israeli efforts against Hamas’s latest attempts to invade Israel a “tactical victory,” Channel Ten reported. The sources said that Israeli forces were able to keep casualties to a minimum throughout the period of the “Great Marches Home,” which began March 30th, and were able to not only prevent mass entries of Gaza Arabs into Israel, but also to temper the enthusiasm of Gazans for the marches. Since that date, 127 terrorists have been killed, and 14,700 rioters have been injured, the IDF said.

On Friday, some 10,000 Gaza Arabs rioted at the border fence – far fewer than Hamas had hoped for. Israeli forces killed four terrorists, and Gaza sources said some 600 were wounded. Hamas throughout the day urged Gazans to mass on the border fence, at one point broadcasting on local media outlets that the Russian air force was defending Gaza and preventing Israeli planes from attacking the interior of Gaza. However, response remained lackluster, and the terror group was unable to match the numbers that it drew to the fence several weeks ago, when nearly 50,000 Gaza Arabs converged on the fence as the United States opened its embassy in Yerushalayim.

With that, the IDF is still searching for effective tactics against the new Hamas program of launching terror kites and balloons at Israel. Dozens of such kites were launched in Friday’s riots. Several fires broke out, but were quickly doused by Israeli firefighters, who were on alert throughout the day. Israeli planes on Shabbos afternoon fired warning shots at a gang of Gaza Arab terrorists who were observed preparing balloons with flammable materials that were to be launched at Israel. The gang ran away when they were shot at. The IDF said in a statement that it would continue to use all means necessary to stem the use of terror kites and balloons. On Shabbos, about 10 fires broke out because of Gaza terror kites and balloons, and Road 34, which runs near the border, was closed for several hours as flames got close to the road.

The IDF Coordinator for activities in the territories, Kamil Abu Rukun, said Friday that “for months Hamas has been promising a mass entry into Israel of Gaza Arabs, but this has not happened. The only result of the ongoing attempts to violate Israeli sovereignty has been unnecessary bloodshed. The hypocritical leadership of Hamas has been bragging about how they were going to accomplish this mass invasion, and invested millions of dollars to carry it out. One thing is clear: Hamas has failed. They have actually failed twice. Once, because they invested money in terror instead of in the needs of the civilian population, and a second time, because Gazans refused to participate in the marches to folly.”