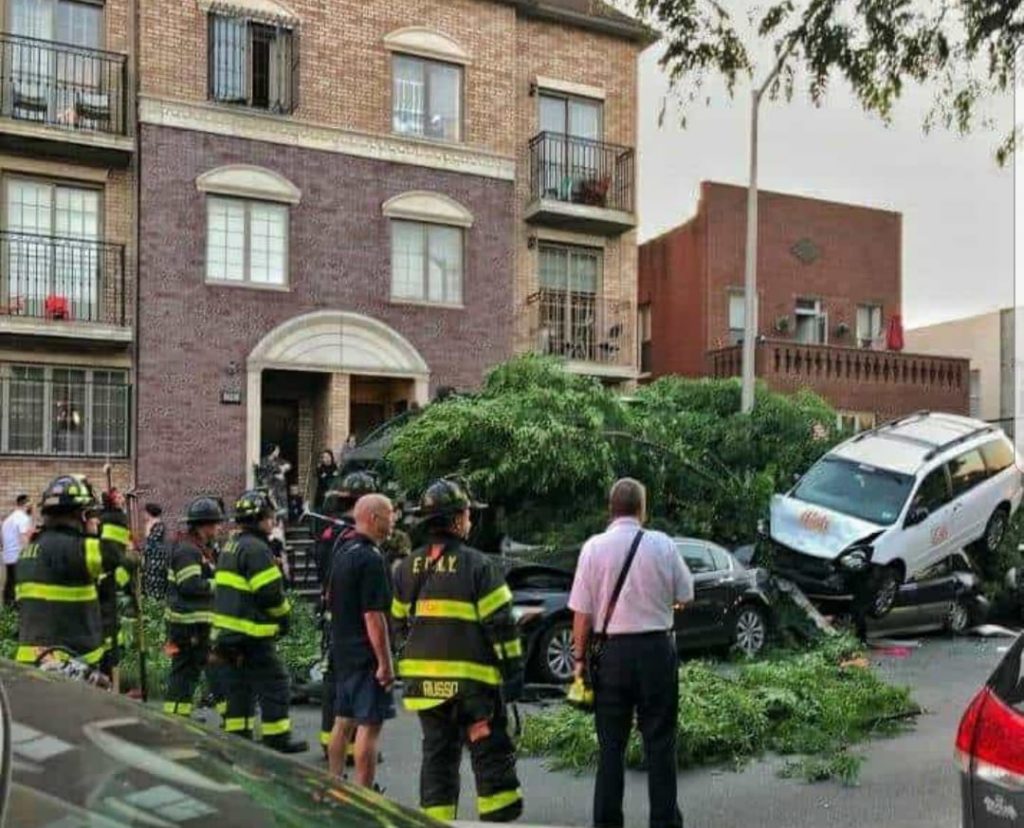 A drunk driver slammed his 32-ton hulking garbage truck into a row of cars parked on a Boro Park street early Shabbos morning, not stopping until he smashed two trees and two front yards.

Anthony Castaldo, 40, was slapped was a litany of charges, including resisting arrest, drunken and reckless driving, and leaving the scene of an accident.

Castaldo was driving his Viking Sanitation truck at about 5:20 a.m. when video captured him slamming it into nine cars parked along 60th Street between 19th and 20th avenues. The size and speed of the truck led to a cascade of vehicles piled one on top of the other. The truck finally came to a stop in front of an apartment building.

The video shows Castaldo attempting to walk away from the accident but he was caught by police after a minute.

Brooklyn prosecutors allege in the indictment that his speech was slurred, he walked with an “unsteady gait,” and he had an odor of alcohol.

Castaldo disputed that he was drunk. “I’m sorry. I was driving and I fell asleep,” he told cops, according to the Daily News.

Castaldo was released Sunday after posting $5,000 in bail.

Viking Sanitation said in a statement that it has “a long track record of safety and we hold ourselves to high standards, including random drug testing for drivers.” It added that “It appears that this driver failed to adhere to our standards.”