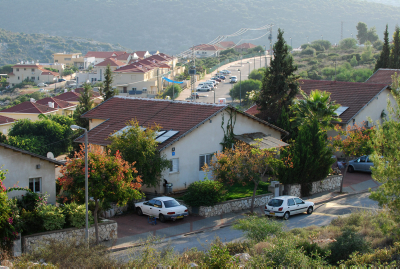 After over a decade of debate and discussion, the green light has been given to one of the biggest projects ever in Yehudah and Shomron – the construction of the 2 million square meter Nachal Rabah Industrial Zone in the Sha’ar Hashomron region, which includes towns in western Shomron that cluster around Road 5, east of Rosh Ha’ayin and west of Ariel. Construction is set to begin later this year, after the final permits to move ahead with the project were granted by the various local and national government agencies.

The industrial zone will be located inside Shomron, just over the 1967 armistice lines in currently unincorporated and empty land. The area is adjacent to the towns of Elkana and Oranit, and it was disputed between the two local authorities that held up a plan that was first conceived of some two decades ago, Globes reported. A breakthrough was recently achieved when the Civil Administration negotiated with the local councils and the Israel Lands Administration.

According to the plan, the industrial zone will contain distinct areas for heavy industry, light manufacturing, and high-tech offices. The plan includes facilities for recreation, restaurants, etc., and will include a new transportation hub that will enable residents of Shomron, as well as of the Tel Aviv area, to commute to the area. In addition, the transportation hub will include a station for the planned Rosh Ha’ayin-Ariel train line. Also planned, outside the industrial zone, is a new, much-needed regional cemetery, to take pressure off other cemeteries in the area, which are already near, at, or beyond capacity.

According to Shomron Council Head Yossi Dagan, the industrial zone is “a major historical development that will change the face of settlement in Shomron, and the Sha’ar Shomron towns in particular. It will also be a boon to co-existence, as Jews and Arabs will work there together.”