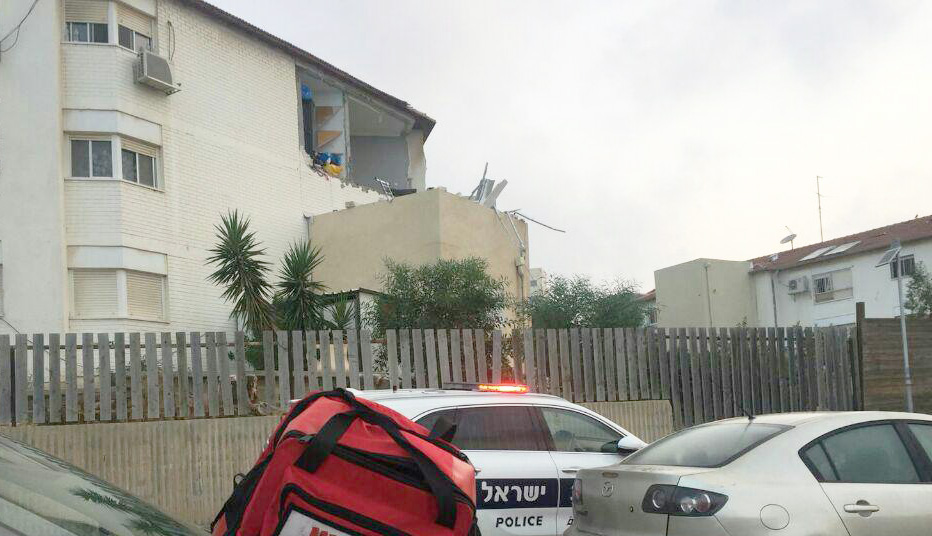 One man was critically injured, and another seriously hurt when a wall caved in after an explosion early Friday in the southern town of Sderot. The explosion took place in an apartment building in the city. Two other people were injured when they fell from the building’s third floor. All were being treated at hospitals in Be’er Sheva.

According to investigators, the explosion was caused by a gas leak, with heavy damage to one of the rooms in the apartment where the leak is suspected to have started. The explosion was so strong that it sent one of the sides of the building toppling. The victims included a 33-year-old man, who suffered major burns on 90 percent of his body, and a 21-year-old, who was suffering from burns, and from several broken bones. The former was in critical condition, and the latter in serious condition. The conditions of the other two victims of the incident were considered moderate to light.

Investigators said that it appeared that a gas leak, and not a missile or shot fired at the building was responsible for the explosion. With that, investigators will try to determine if recent rocket fire in the neighborhood from Gaza Arab terrorists in some way caused the leak which led to the explosion.