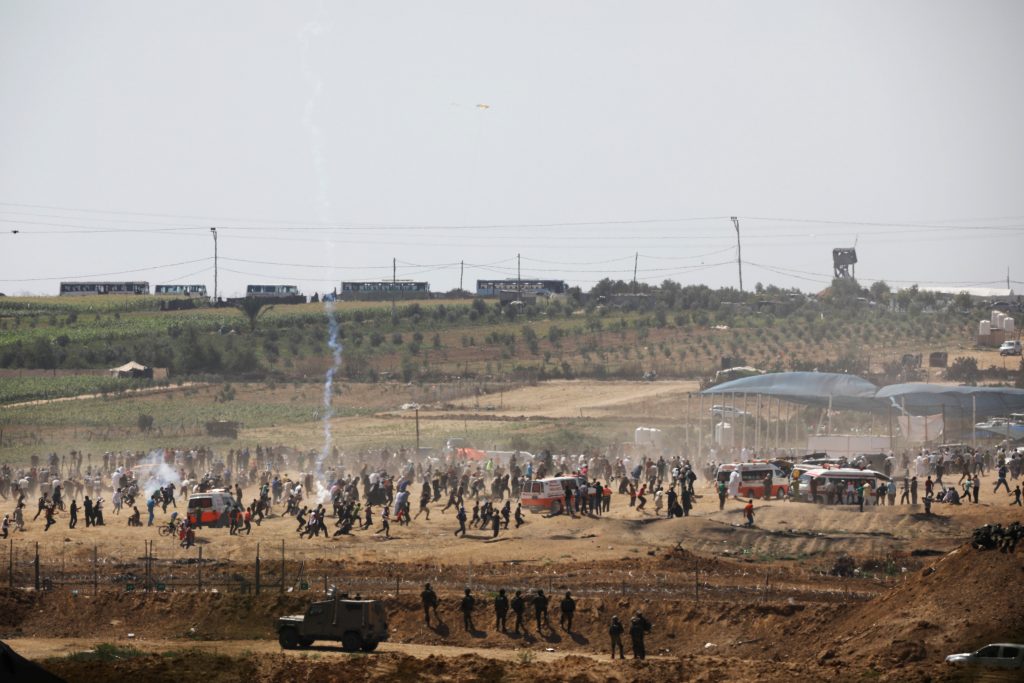 Ten thousand Palestinians rioted at the Gaza border Friday, burning tires and throwing rocks. The Israeli military, which said it would prevent any breach of the border fence, fired tear gas and live bullets, killing three people and injuring over 380, according to Palestinian medics.

Organizers linked Friday’s protests to annual “Jerusalem Day” events in Iran, which, like Gaza’s dominant Hamas Islamists, preaches Israel’s destruction and was incensed by the U.S. recognition in December of Jerusalem as the Israeli capital.

“There is no such state called Israel that could have a capital called Jerusalem,” Hamas spokesman Fawzi Barhoum said.

The protesters are also demanding a Palestinian “right of return” and an end to the Israeli and Egyptian blockade on Gaza, instituted in 2007 after Hamas seized power of the strip.

There have been no Israeli casualties from the more than two months of confrontations along the Gaza border, but Israel says it has lost swaths of farmland and forests to blazes set by coal- or fuel-laden Palestinian kites.