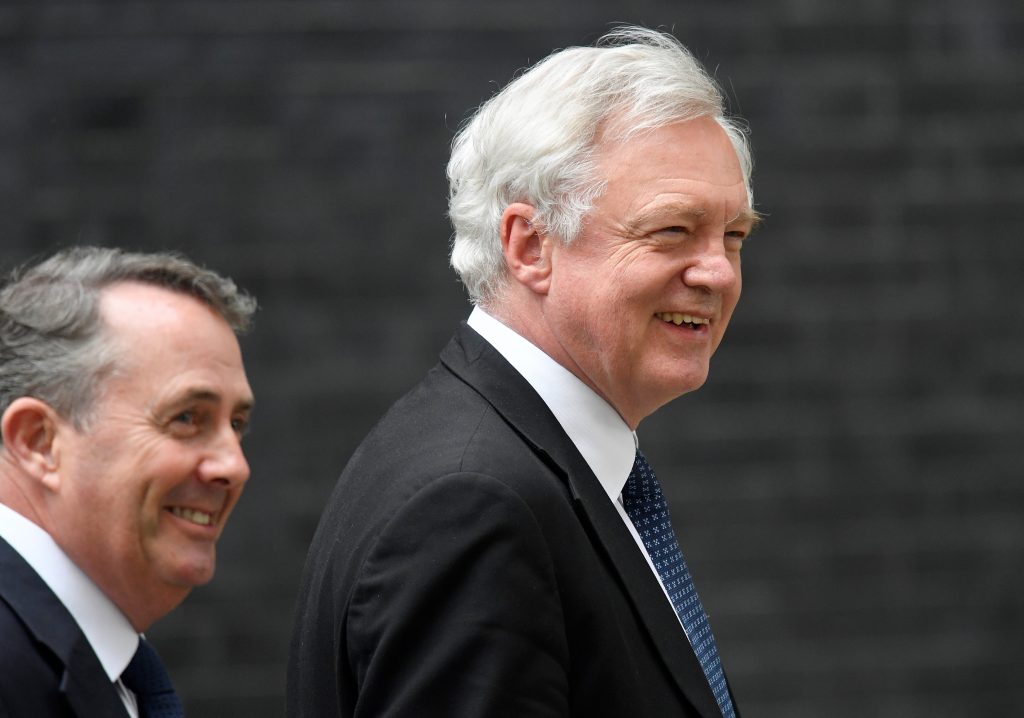 British Prime Minister Theresa May forged a compromise with senior members of her government Thursday, agreeing that any interim arrangement to maintain customs links with the European Union after the U.K. leaves the bloc would be expected to last until the end of 2021 at the latest.

The assurance came after May held a series of meetings with Brexit supporters in her Cabinet amid reports that David Davis, the minister leading negotiations with the EU, had threatened to resign because an earlier proposal could have forced Britain to follow the bloc’s trade rules indefinitely.

Underlying the debate is the goal of ensuring that the border between Northern Ireland and the Republic of Ireland remains open, with no border posts or customs checks after Brexit, to protect economic links and peace on the island. The “backstop” customs arrangements under discussion Thursday would be implemented if Britain and the EU fail to agree to a broader trade deal that would protect the status quo.

May’s proposal would align British trade rules with those of the EU, until a permanent deal is worked out; and the government said Thursday that it expects such an agreement to be in place “by the end of December 2021 at the latest.”

“There are a range of options for how a time limit could be delivered, which the U.K. will propose and discuss with the EU,” the government said in a document laying out its negotiating position.

Conservative lawmaker David Jones told the BBC before the document was released that much of May’s Conservative Party shared Davis’s concerns about open-ended arrangements.

“It would tie us effectively into the EU’s customs arrangement for an indefinite period,” he said. “It would be the Hotel California scenario — we’d have checked out, but we wouldn’t have left.”

May’s Conservative government is divided between ministers favoring a “hard Brexit,” which would sever most ties with the EU and leave Britain free to strike its own trade deals around the world, and those who want to keep the U.K. closely aligned with the EU, Britain’s biggest trading partner.