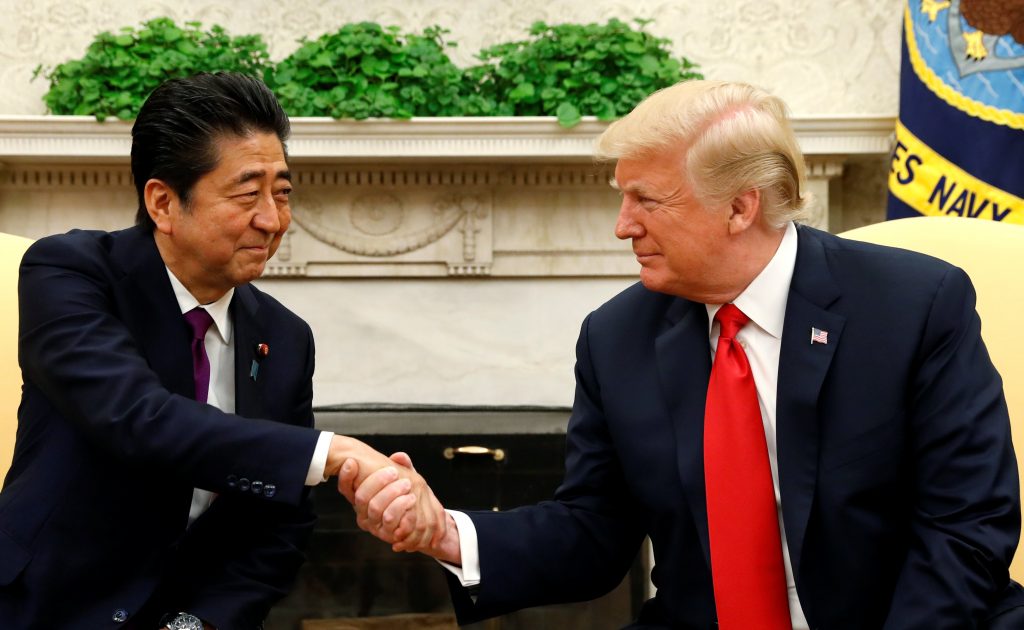 President Donald Trump said Thursday he is “very well prepared” for next week’s summit with North Korea’s Kim Jong Un; but the outcome depends less on preparation than “attitude … willingness to get things done.”

Hosting Japanese Prime Minister Shinzo Abe in the Oval Office for consultations before the Singapore summit, Trump described the Kim meeting as “much more than a photo-op.” Abe requested Thursday’s meeting with Trump to elevate his country’s concerns about the summit.

“They have to denuke,” Trump said of North Korea. “We cannot take sanctions off.”

Trump predicted that he’ll know very quickly whether Kim is serious about dealing with U.S. demands.

“I don’t think I have to prepare very much,” Trump said. “It’s about attitude. It’s about willingness to get things done.”

As for the summit sidelines, Trump said that he won’t be playing golf with Kim, and that despite press reports, former basketball star Dennis Rodman isn’t on his guest list.

Abe is pushing Trump to raise the issue of Japanese abductees held in North Korea, and is seeking to ensure that Trump’s efforts to negotiate an agreement with Kim don’t harm Japan’s interests.

U.S. allies in the region have expressed concern that Trump’s push to denuclearize the Korean peninsula could ignore the North’s sophisticated ballistic missile and chemical weapons programs.