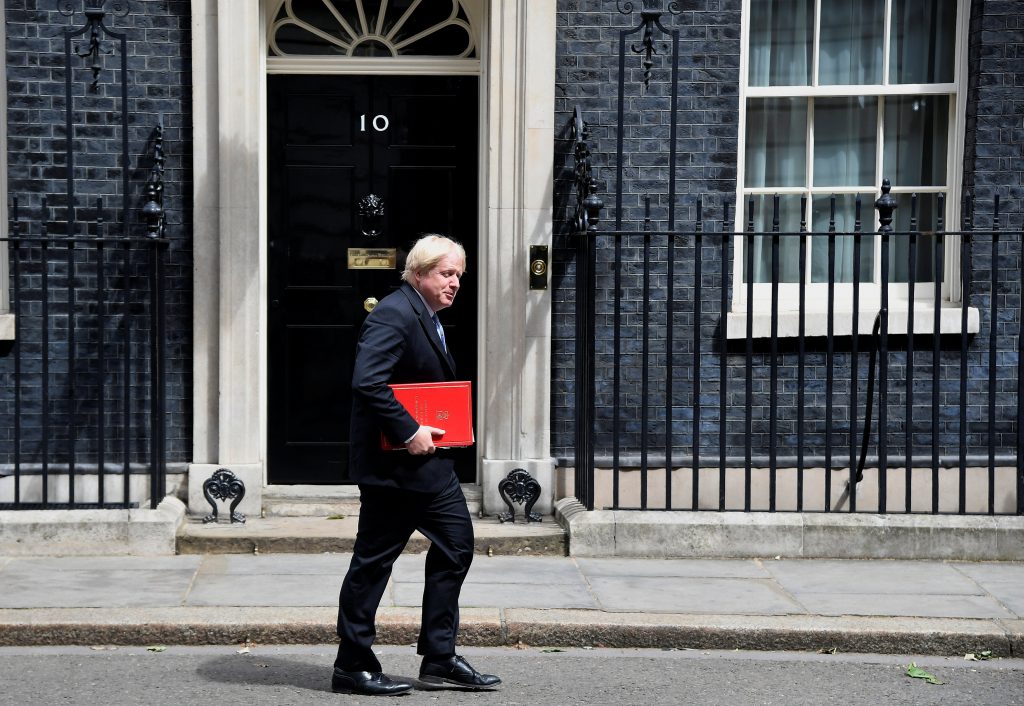 Israel’s handling of Hamas-driven riots on the Gaza border was a hot topic during Israeli Prime Minister Binyamin Netanyahu’s visit to London on Thursday.

Netanyahu defended Israel’s use of live fire against protesters, explaining that it was a last resort, but that Hamas cynically exploits the local population, forcing the IDF to respond with lethal means:

“We tried water cannons, we tried tear gas and none worked,” the prime minister replied, according to Haaretz, adding that “given our record, we probably will figure out something.”

“The last thing we want is violence [or] confrontation. We tried other ways, it doesn’t work. Hamas wants them to die,” Netanyahu said. The comment was made in response to a question from the audience member at a London event hosted by think tank Policy Exchange.

He also issued a warning to Syria’s Bashar Assad regime, saying his troops are “no longer immune” to an Israeli strike.

“I think there is a new calculus that has to take place and Syria has to understand that Israel will not tolerate the Iranian military entrenchment in Syria against Israel,” he said.

“The consequences are not merely to the Iranian forces there, but to the Assad regime as well,” he said, adding: “I think it’s something that he should consider very seriously.”

The issue also came up in a meeting with Britain’s Foreign Minister Boris Johnson, who urged Netanyahu on Wednesday to open an independent investigation into the high casualties among Palestinians during protests on the Gaza border.

Johnson condemned “incitement and rocket fire against Israel,” but said that the U.K. was worried about the worsening situation for Palestinians in Gaza.

“We are very concerned by the deaths of over 120 Palestinians in recent weeks and the deteriorating situation in Gaza,” Johnson told Netanyahu, echoing a similar message from Prime Minister Teresa May in her meeting with the PM.

The foreign minister said there was “a need for Israel to carry out a transparent, independent inquiry.”

The IDF has been conducting inquiries in individual cases where questions of wrongdoing have arisen during the several weeks of rioting, but has not agreed to launch a broad investigation, saying that soldiers have acted in accordance with the rules of engagement set by the army.

While the prime minister fended off criticism in Europe, not everyone at home was accepting of events in Gaza either.

Former Prime Minister Ehud Olmert said he is “disturbed by the event on the border with Gaza.”

During an interview with the German DW News on Wednesday, Olmert lamented the loss of Palestinian lives:

“Indeed, there were many casualties. 62 were killed,” he said. “I am terribly sorry and sad about it. I also have serious questions as to what are the appropriate patterns of response to the illegal attempts to penetrate into Israel.”

However, when asked if he regretted the Palestinian casualties in the 2008 Operation Cast Lead, which as prime minister was carried out by his orders, he said:

“Israeli cities were shot by rockets coming from Gaza. The first obligation of every government is to defend the life of its people,” he said.

In the Knesset, Joint List MK Hanin Zoabi had to be forcefully ejected from the plenum after she accused IDF soldiers of being “murderers” of Gaza citizens.

In the course of a discussion on an unrelated legislative matter, Zoabi launched into a tirade about Gaza and the imperfections of Israeli democracy.

“You all should be boycotted. The people in Gaza are refugees, their land is in Israel. Those murdered by the soldiers are not being accounted for. Democracy is a nightmare in the Knesset,” she was quoted by Ynet as saying.

Then, after failing to heed three calls for her to step down from the podium after her time to speak has expired, she was ushered out.

Minister of Tourism Yariv Levin (Likud) cited the incident as further reason why Zoabi does not belong in the Knesset.

“We witnessed here another speech full of hate and incitement that would not have been allowed in a parliament anywhere in the world,” he asserted.

“The only reason she’s here is because the High Court has cancelled the Central Elections Committee’s decision to ban her in order to avoid this disgrace from happening in the Knesset again.”

“I suggest that rather than yelling at MK Zoabi, we should finally fix the real issue since because of that, all of this is happening here—in the judicial system,” he added.