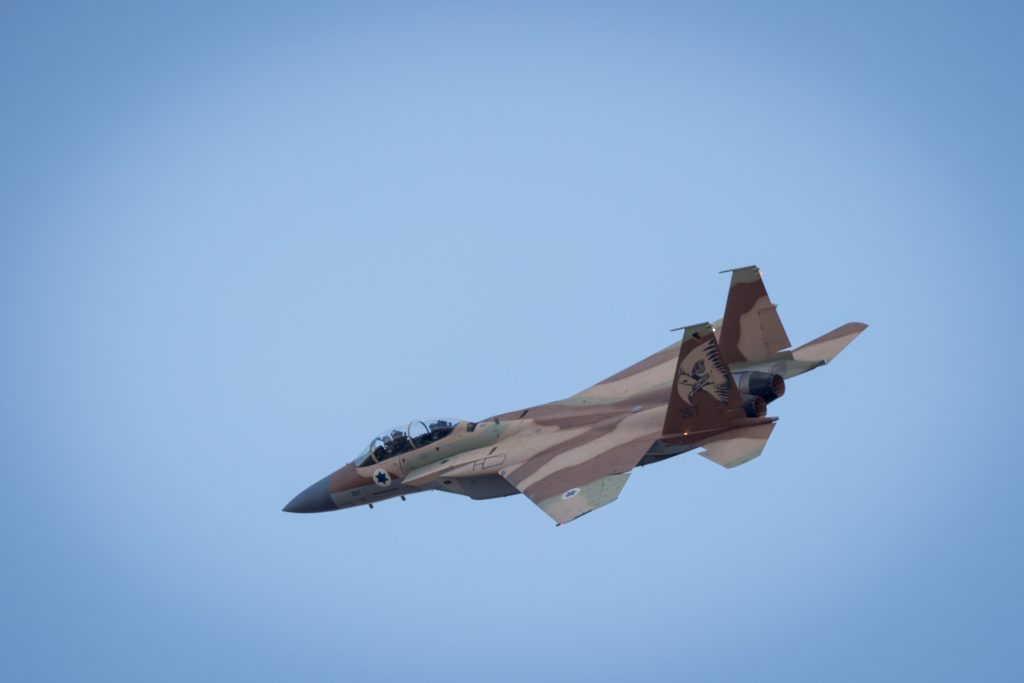 The Israeli Air Force on Thursday concluded a three-week exercise that involved simulated bombing raids on both the southern and northern fronts simultaneously, including hundreds of targets in Gaza.

The IDF released footage from the exercises a day before thousands of Palestinians are expected to demonstrate at the Gaza border and launch large numbers of incendiary kites at southern Israel. Hamas has threatened to dramatically escalate the recent violence.

According to the IDF Spokesperson, the maneuvers “focused on increasing the soldiers’ readiness” to respond on short notice in a range of scenarios, including multiple front operations.

“As part of the southern portion of the exercise, dozens of fighter jets simulated strikes on hundreds of targets in the Gaza Strip in a short period of time,” the military said in a statement.

Actual sorties were flown over the Gaza Strip, with Israeli aircraft filming the Hamas-ruled enclave.