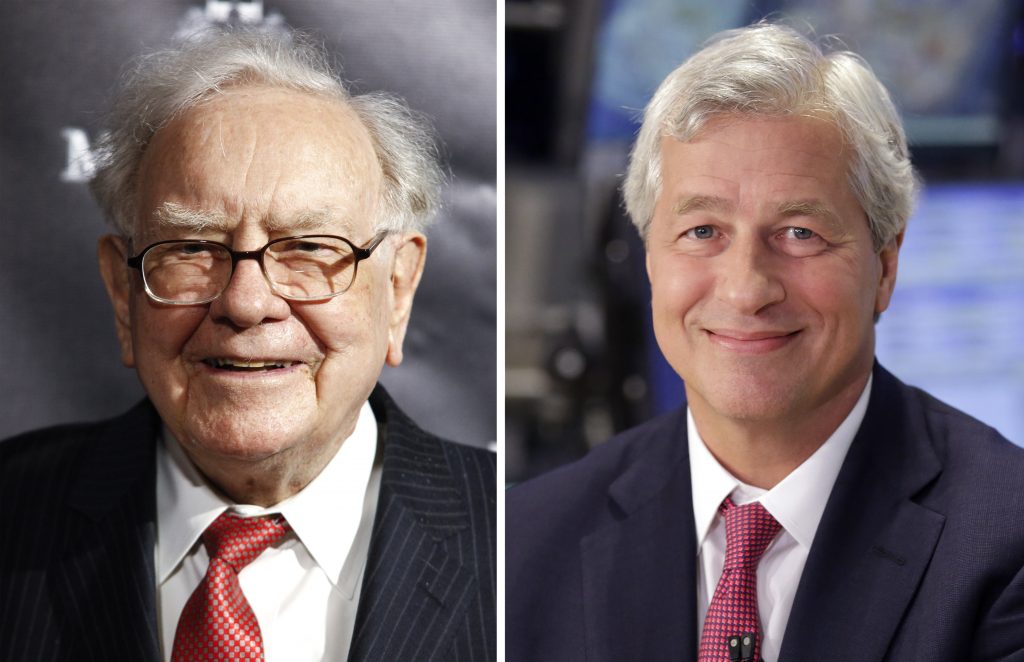 The two executives said on CNBC Thursday that companies that focus on hitting their quarterly numbers may do things that hurt them in the future, such as delaying investments or changing when certain gains are recorded.

“When companies get where they’re sort of living by so-called making the numbers, they do a lot of things that really are counter to the long-term interests of the business,” Buffett said.

Dimon, who also leads the Business Roundtable group, and Buffett co-wrote an article about why they think quarterly profit forecasts are hurting the economy.

Dimon said companies might forego investments they should make in their business, such as marketing, hiring or research to hit short-term goals.

“It can put a company in a position where management from the CEO down feels obligated to deliver earnings, and therefore may do things that they wouldn’t otherwise have done,” Dimon said.

Buffett has never provided profit forecasts and doesn’t even have an investor relations department at his Berkshire Hathaway conglomerate.

“I’ve never seen a company whose performance has improved by having some forecast out there by the CEO that we’re going to earn X,” Buffett said.

Buffett’s Berkshire Hathaway is also working with JP Morgan and Amazon to find ways to reduce health care costs for the three companies. Buffett and Dimon said Thursday that a CEO has been hired to lead that effort, and the companies expect to announce that choice within the next couple weeks.

There has been great interest in these companies’ health initiative since it was announced early this year, but few details have been released so far.