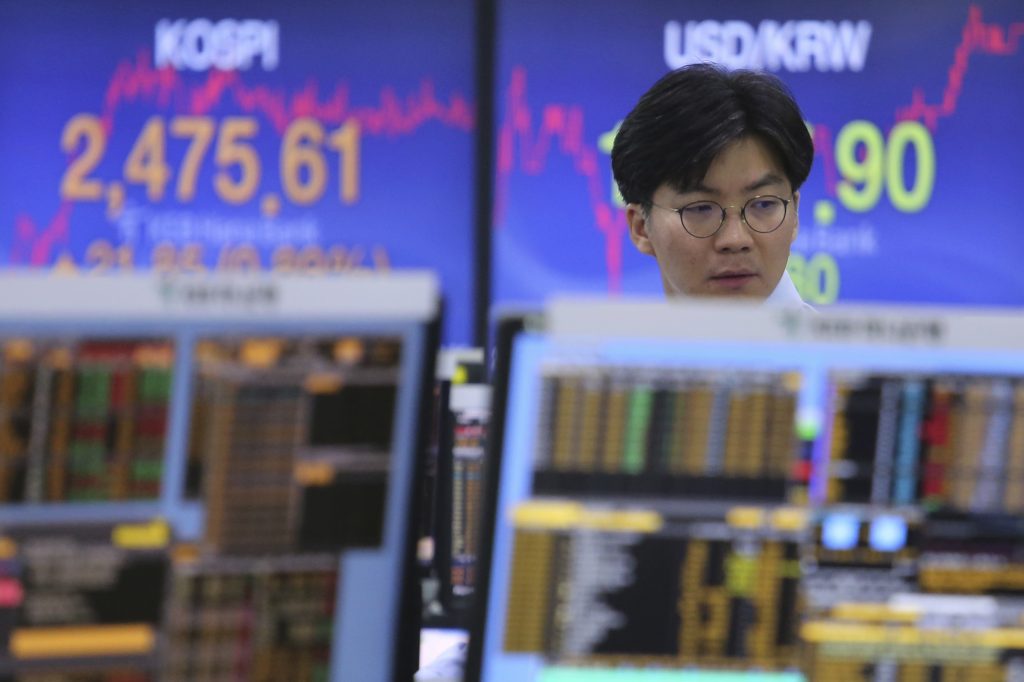 Asian shares rose to a fresh 11-week high on Thursday, supported by sound economic fundamentals, while expectations the European Central Bank (ECB) may soon start to wind down its stimulus boosted the euro and global bond yields.

Notable gainers included technology-heavy Taiwanese stocks, with Taiwan’s main index nearing the 27-year high of 11,270 hit on January 23. The index has rallied 4.25 percent since last Wednesday, boosted by the rally in tech stocks and the Nasdaq.

India’s broader NSE index rose to a three-week high, with private-sector lenders leading gains, a day after the central bank raised its policy rate for the first time in more than four years.

Spreadbetters expected the firmer tone in equities to carry over into Europe, forecasting a higher open for Britain’s FTSE , Germany’s DAX and France’s CAC.

“Quite clearly, it was the euro’s day,” said Marshall Gittler, chief strategist at ACLS Global. “Aside from the euro, the main theme in the market was back to risk-on.”

The euro held near a two-week high while the yield on Germany’s benchmark 10-year bond hit its own two-week high of 0.486 percent on growing conviction the European Central Bank would announce as early as next week its intention to end a drawn-out stimulus program by year-end.

ECB Chief Economist Peter Praet said on Wednesday that robust growth made the central bank increasingly confident that inflation is on its way back to target, raising the chances it may use next week’s meeting to reveal more about the end of its bond-buying program.

Worries over the effects of reduced ECB bond buying triggered a broad sell-off in German Bunds and other European government debt, which spilled over to Treasuries, analysts said.

Higher yields helped to lift S&P 500 financials, which rose 1.8 percent and were the biggest percentage gainer among S&P 500 sectors.

Although Kudlow said Trump would not back down from the tough line he has taken on trade, the comments appeared to calm investors.

Oil prices rose on Thursday to shake off some of the previous session’s losses, supported by plunging exports from OPEC-member Venezuela.

Copper hit a five-month high of $7,278.50 per tonne, though the gains were driven more by supply concerns in Chile than by stronger demand.

Market participants, wary of event risk, are monitoring developments ahead of the G7 summit later this week and the U.S.-North Korea summit scheduled for next week.