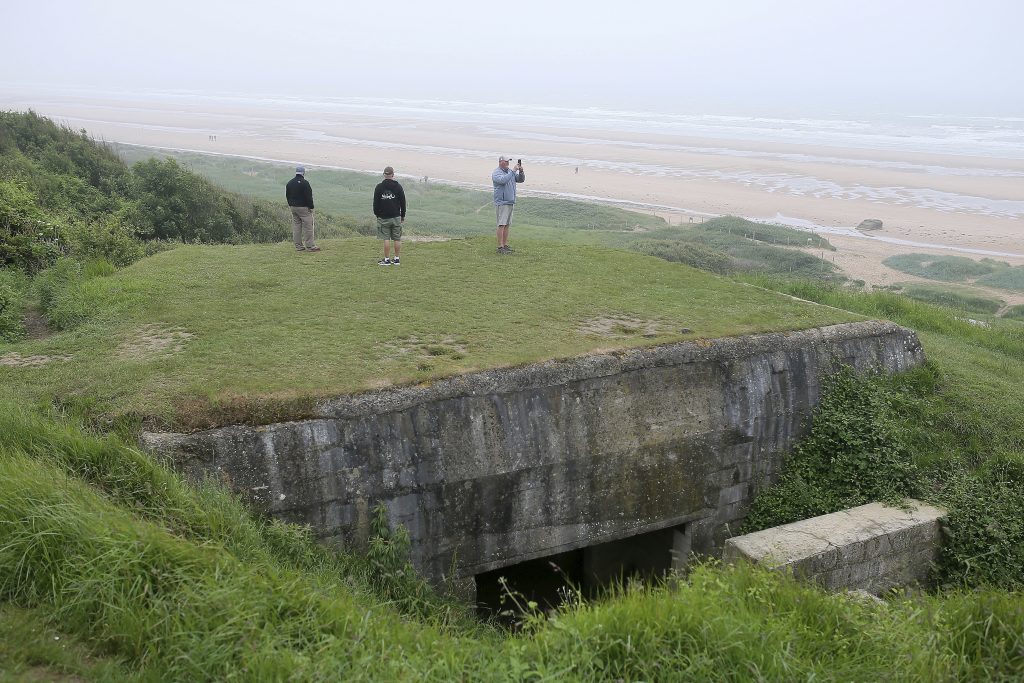 Families of fallen soldiers and dwindling numbers of veterans of the D-Day invasion gathered on the Normandy shore Wednesday to mark 74 years since the massive military operation that helped change the course of World War II.

Powerful gusts of wind blew through a heavy mist as relatives and others paid respects at the American military cemetery at Colleville-sur-Mer, above the sandy expanse stretch known as Omaha Beach.

Ceremonies have been held this week at memorial sites along the cliffs and sandy expanse where Allied forces landed in Nazi-occupied France.

Thousands of U.S., British, Canadian and French troops launched a combined naval, air and land assault as dawn was breaking on June 6, 1944. The invasion weakened the Nazis’ hold on Western Europe after they suffered a punishing defeat in Stalingrad in the east.

American tourists and Dutch military history enthusiasts were among those visiting the memorial sites Wednesday, mingling with families of victims of the Battle of Normandy buried in cemeteries sprinkled around the region.

This year’s commemorations were relatively low-key, while bigger events are planned for the 75th anniversary next year.