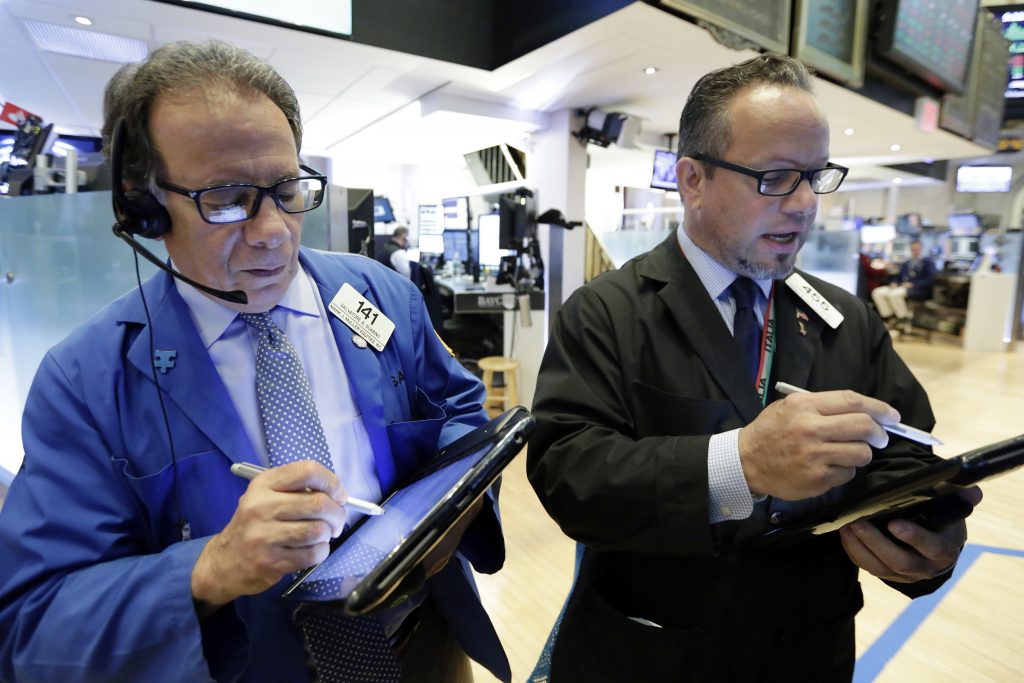 Wall Street’s tech-heavy Nasdaq index was on track for its fourth straight day of gains on Wednesday, hitting a record high, while the S&P 500 and the Dow also inched higher.

Tesla shares jumped 7.1 percent after billionaire Chief Executive Officer Elon Musk reassured shareholders that building 5,000 of its mass-market Model 3 cars per week by the end of June was “quite likely”.

Troubled by the Facebook privacy scandal, worries over chipmakers and iPhone sales, as well as a generally shakier tone to stock markets since February, technology stocks have been back on a tear since the start of May.

“Investors are eager to find areas of the market in which there are still prospects of above-average revenue and earnings growth, given that we are in the ninth year of economic cycle,” said Scott Clemons, chief investment strategist for Brown Brothers Harriman in New York.

“Investors are focused on areas where potential is still there, with technology being one of them.”

Facebook fell 1.4 percent, after the social networking company confirmed it had collaborated with at least four Chinese companies over sharing certain user data.

In the largest-ever shakeup of the stock market’s broad business sectors, Facebook and Google parent Alphabet will move from the top-performing technology sector to telecommunications and media stocks this fall.

Analysts have said that the move could inject more volatility into the markets, as funds tracking these indexes will be forced to trade billions of dollars of stock to realign their holdings by a Sept. 28 effective date.

U.S. officials were weighing an offer by China to import an extra $70 billion of American goods over a year, as Beijing tries to defuse a potential trade war between the world’s two largest economies, according to sources.

U.S. President Donald Trump is due to attend a G7 summit in Canada later this week, where leaders are likely to discuss the global economy and concerns about U.S. trade policy.

Trump last week pushed on with imposing tariffs — 25 percent on steel and 10 percent on aluminum — on Canada, the EU and Mexico, with Mexico retaliating by putting tariffs on American products ranging from steel to bourbon.

“Investors have become accustomed to the way in which U.S. negotiations take place … market has read through it as a positioning, rather than an immediate threat,” said Clemons.

The benchmark U.S. Treasury yield rose to a near two-week high, after data showed that U.S. trade deficit unexpectedly fell to a seven-month low in April, supporting the view of an acceleration of domestic economic growth in the second quarter.

Bank stocks often trade in line with Treasury yields, as higher rates can boost their profits. The S&P banking index was up 2.1 percent.