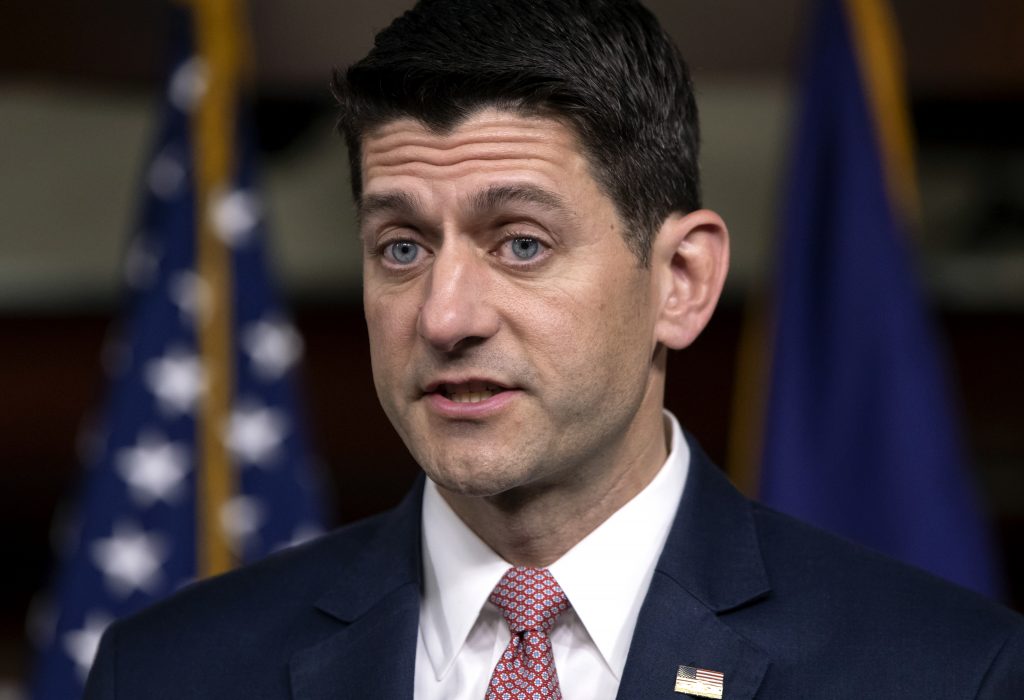 House Speaker Paul Ryan is breaking with President Donald Trump, agreeing with others who say there’s no evidence that the FBI planted a “spy” in Trump’s 2016 presidential campaign in an effort to hurt his chances at the polls.

Trump has insisted the agency planted a spy “to help Crooked Hillary win.”

Both Ryan and House Oversight and Government Reform Chairman Trey Gowdy attended a classified briefing last month, following reports that the FBI used an informant in its Russian election meddling investigation to speak to members of the Trump campaign who had possible connections to Russia. Gowdy said afterward that the FBI was doing its duty.

“I am even more convinced that the FBI did exactly what my fellow citizens would want them to do when they got the information they got,” Gowdy, R-S.C., said on Fox News last week. “And that it has nothing to do with Donald Trump.”

Gowdy added, in a separate interview on CBS, that such informants are used all the time and “the FBI, if they were at the table this morning, they would tell you that Russia was the target; and Russia’s intentions toward our country were the target.”

Ryan, R-Wisc., told reporters on Wednesday that he thinks Gowdy’s “initial assessment is accurate,” and he has seen “no evidence to the contrary” of what Gowdy said.

On Trump’s orders, the Department of Justice conducted two briefings for a handful of members of Congress, after House Intelligence Committee Chairman Devin Nunes, R-Calif., had asked for documents concerning the informant. Trump repeatedly tweeted about the issue, asserting there was a spy and that it was “starting to look like one of the biggest political scandals in U.S. history.”

Ryan said Congress has more digging to do, and that he wished they had gotten the information earlier.

“We have some more documents to review, we still have some unanswered questions,” Ryan said.

Ryan also joined Senate Majority Leader Mitch McConnell in issuing a careful warning about Trump’s recent assertion that he has the authority to pardon himself. Trump said he has the “absolute right” to pardon himself if it were necessary — which Trump says it won’t be, because “I have done nothing wrong.”

“I don’t know the technical answer to that question, but I think obviously the answer is he shouldn’t, and no one is above the law,” Ryan said.

McConnell said Tuesday that the question of whether Trump has legal authority to pardon himself is “an academic discussion,” but Trump “obviously knows that would not be something that he would or should do.”