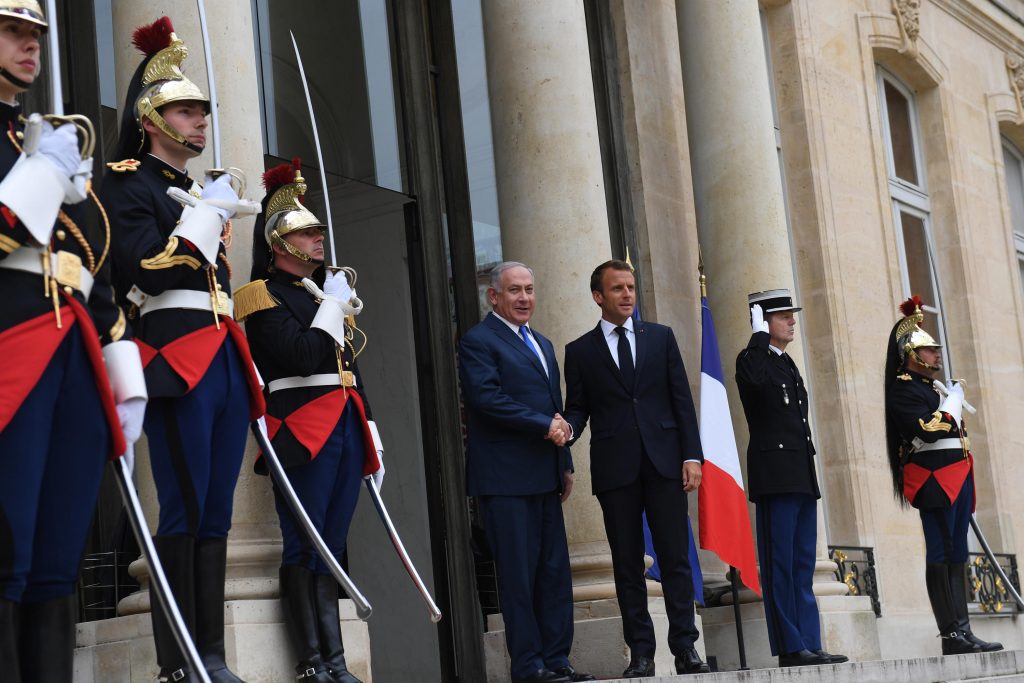 The leaders of France, Britain and Germany have reached a “general agreement” that Iranian forces should be removed from all parts of Syria, and that the U.N. International Atomic Energy Agency inspect the secret Iranian nuclear archives obtained by the Mossad earlier this year.

“We knew that Iran was lying, but we accepted the lie. Now it’s clear that you cannot accept the lie, and that you have to investigate and look where it really is,” Israeli media reports quoted a senior diplomatic official as saying in a press briefing on Wednesday night.

No official statement has been made by any of the three governments yet.

If confirmed, it would be a double diplomatic triumph for Israeli Prime Minister Binyamin Netanyahu, who just made a trip to Europe, where he spoke with German Chancellor Angela Merkel, French President Emmanuel Macron and British Prime Minister Theresa May.

While disagreements between Israel and the Europeans were noted in joint press conferences on Tuesday and Wednesday concerning the Iran deal and treatment of the Palestinians, the only prior indication of such an endorsement of Netanyahu’s agenda was a statement that Germany would “use its influence to push Iran out of Syria.”

Recent statements from Russia seemed to say that it would prevail upon the Iranians and their proxies to withdraw from southern Syria, where they threaten the Israeli Golan Heights. The implication, however, was that Russia would tolerate the Iranian presence in other parts of Syria.

According to Wednesday night’s report, however, the European leaders have gone further, saying that Iran must leave Syria altogether.

It was not immediately clear what measures the Europeans would take to remove the Iranians from Syria.