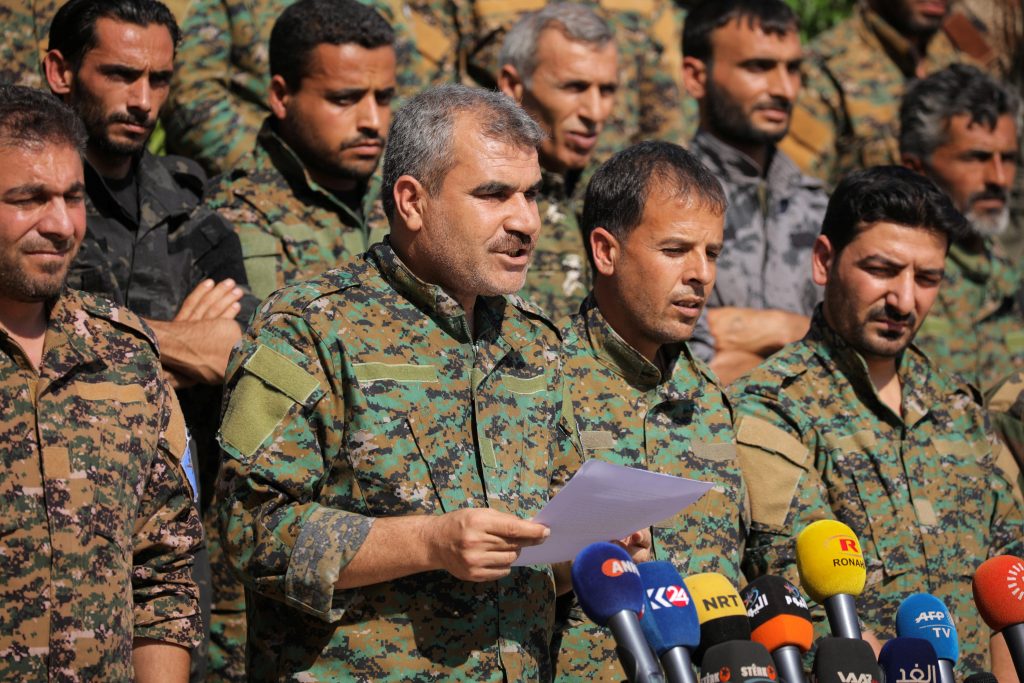 The militia controlling the flashpoint north Syrian town of Manbij said on Wednesday it would not accept any Turkish military deployment there, after Ankara and Washington said they had reached an agreement for administering the area.

“We will not accept that,” said a spokesman for the Manbij Military Council, a militia allied to the U.S.-backed Syrian Democratic Forces (SDF) in northern Syria, when asked by Reuters if it would accept a Turkish military presence in the area.

It said in an earlier statement it did not know the details of the Turkey-U.S. roadmap for Manbij announced on Monday, but added it was capable of preserving the security and borders of the town against any external threats.

The fate of Manbij has been a focus of friction between the United States and Turkey because of the presence there of the YPG, a Syrian Kurdish force which is the most powerful militia in the SDF but which Ankara regards as a terrorist group.

The YPG said on Tuesday its military advisers would leave the town, and the Manbij Military Council said this would occur “in the coming days.”

Ankara has been angered by U.S. support for the YPG-dominated SDF, and pledged earlier this year to drive the Kurdish group from Manbij by force, raising the possibility of confrontation with American forces in the area.