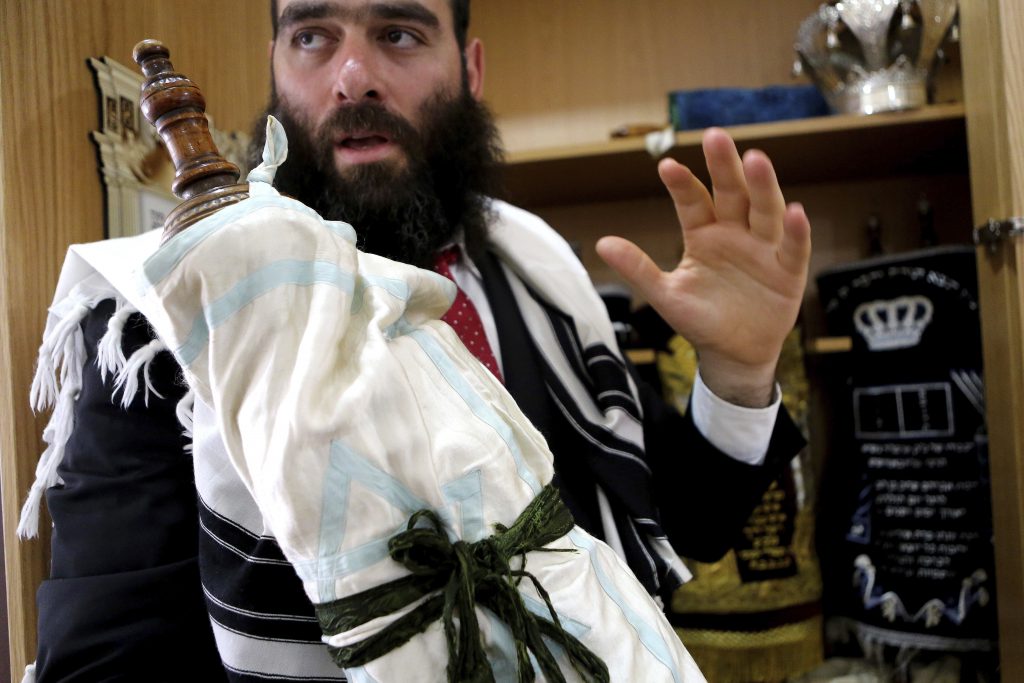 A new Jewish museum in Cyprus aims to be a bridge-builder to the Arab world and beyond, a place where visitors who may never set foot in Israel can learn about the Jewish faith, the Holocaust and the tumultuous beginnings of the Jewish state.

Items going on display in the seven-story structure in Larnaca will include some of more than 100 Sifrei Torah that Russian authorities discovered in the Nazis’ possession and which for decades were kept at a military installation 280 miles east of Moscow.

A key selling point for the eastern Mediterranean island nation as the venue for the museum is its proximity to the Middle East. It plans to open in May 2019.

Through a number of state-of-the-art virtual reality exhibits at the new museum, visitors donning head-mounted gear will get a sense of the internment camps of Cyprus, where the island’s then-British rulers held more than 51,000 Jews fleeing post-World War II Europe. Another floor will give visitors a sense of the Nazi concentration camps where millions of Jews and others were exterminated in the Holocaust, while a third floor will exhibit the sights and sounds of Yerushalayim.

“Through education, we can make a big difference and a big change,” says Rabbi Arie Zeev Raskin, the leader of Cyprus’ 3,500-strong Jewish community. “It’s an opportunity for a prince from Abu Dhabi to learn about Jerusalem, to open the door to these people and learn about the Holocaust.”

The museum is the brainchild of the Israeli-born Rabbi Raskin and Sibyl Silver, director of the U.S.-based Jewish Heritage Foundation. Silver will also provide the museum with objects the Nazis stole from eastern European countries and that were recovered by the Soviet Red Army.

The rare scrolls dating back to the 19th century tell the stories of once-thriving Jewish communities in Europe that were wiped out, says Silver. She said Russian authorities have agreed that the Sifrei Torah — which remain under their legal jurisdiction — could be put on exhibit in Cyprus because of Moscow’s traditional bonds with the island.

Rabbi Raskin also keeps two Sifrei Torah at the Cyprus Jewish Community Center in the southern coastal town of Larnaca that will eventually be put on display at the museum, which will be built adjacent to the center. The oldest of those Sifrei Torah is over two centuries old, hails from Germany and is written in a very rare handwriting style.

With Cyprus experiencing record numbers of tourists, Rabbi Raskin aims to attract vacationers and businesspeople from Arab countries, Russia and Israel. He estimates the overall cost of the museum will reach around 9 million euros ($10.47 million).

The Rabbi, who moved to the island in 2002, also wants to shine a light on Cyprus’ link to post-World War II Jewish history. He says a dedicated exhibit would honor those Cypriots, like the late Prodromos Papavasiliou, who helped thousands of Jews during their time in British-run internment camps in the late 1940s.

“One of the most important things for me to complete my mission is to show these righteous people,” says Rabbi Raskin.

Silver says the project has the backing of Holocaust educators including Dr. Michael Berenbaum, the former project director of the U.S. Holocaust Memorial Museum, and the head of Steven Spielberg’s Shoah Foundation. Jewish and Israeli celebrities will be on hand to promote the museum at its opening next spring.