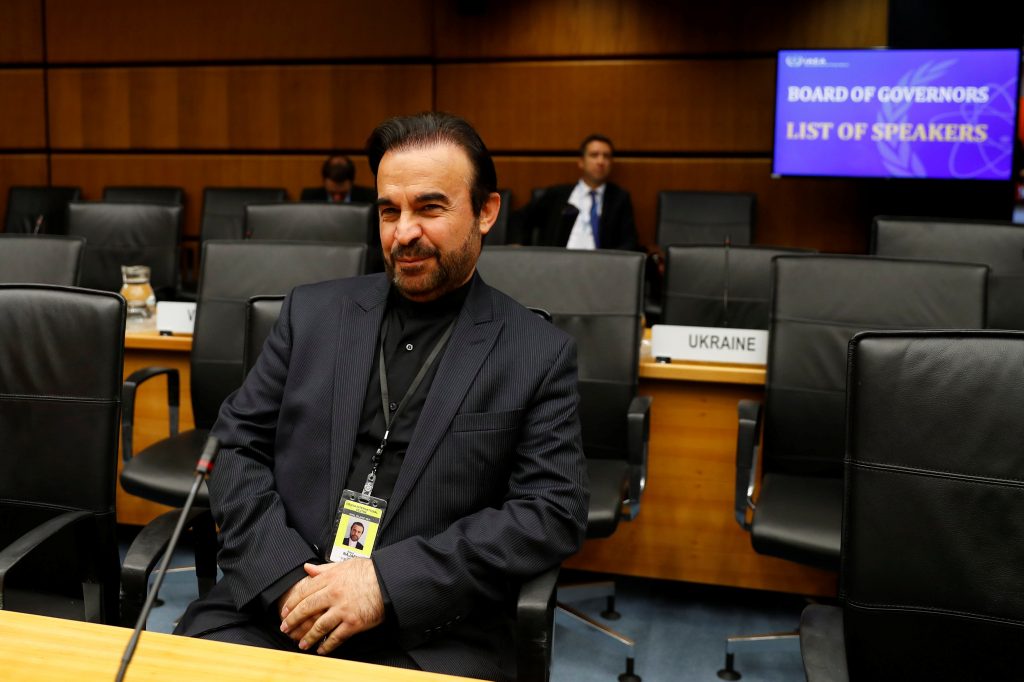 Iran will not heed a call to cooperate more fully with U.N. nuclear inspectors until a standoff over the future of its agreement with major powers is resolved, its envoy to the agency said on Wednesday.

The International Atomic Energy Agency, which is policing the restrictions placed on Iran’s activities under the deal, has said Tehran is implementing its commitments, but also called for “timely and proactive cooperation” on providing access for snap inspections.

IAEA chief Yukiya Amano has said the comment is “not an expression of concern or complaints but rather an encouragement to Iran.” Diplomats who deal with the agency, however, say it follows an inspection in late April that went down to the wire in terms of how quickly the IAEA team gained access to one site.

Tehran’s ambassador to the IAEA, Reza Najafi, said that, while it was not benefiting from the deal, “no one should expect Iran to go to implement more voluntary measures.”

European powers are scrambling to salvage the deal since President Donald Trump pulled Washington out last month and said he would reimpose far-reaching U.S. sanctions on Iran.

The three European powers that signed the deal – France, Britain and Germany – are looking to shield European companies from U.S. sanctions while also keeping Iranian oil exports and the revenue from them flowing.

Najafi would not be drawn on exactly how much longer talks between the Europeans and Iran on salvaging the deal would last.

“We gave a few weeks to our European counterparts,” he told reporters outside a quarterly meeting of the agency’s Board of Governors. “A few weeks means a few weeks, not a few months.”

Iran’s Supreme Leader Ali Khamenei said on Monday he had ordered that preparations be made to increase Iran’s uranium enrichment capacity in case the nuclear deal fell apart.

The IAEA said Iran had notified it of a “tentative schedule” to resume long-halted production of uranium hexafluoride, the feedstock for centrifuges, the machines that enrich uranium.

The deal caps the level to which Iran can enrich the gas as well as its stock of the enriched material.

“But I should emphasize that it does not mean that right now Iran will restart any activities contrary to the JCPOA,” Najafi said, using the deal’s official name – the Joint Comprehensive Plan of Action. “These are only preparatory works.”