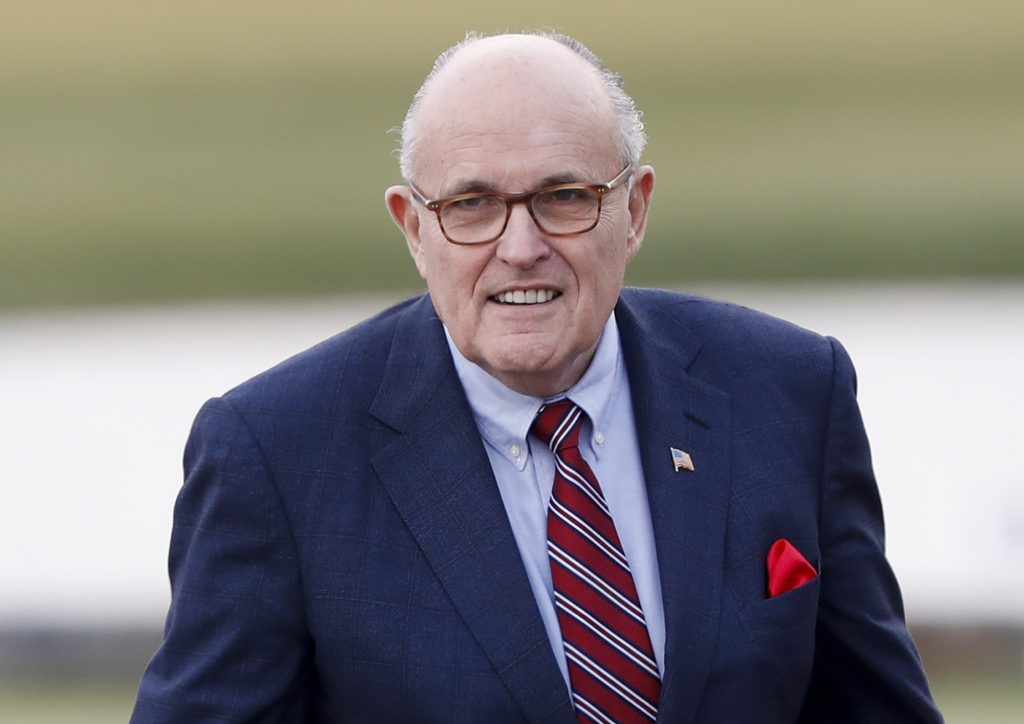 It was the latest salvo in Giuliani’s attacks on the probe into Russia’s potential meddling in U.S elections. Trump’s team and allies have waged a public relations campaign against Mueller and the Justice Department to discredit the investigation and soften the impact of the special counsel’s potential findings.

“There are a group of 13 highly partisan Democrats who make up the Mueller team, excluding him, and are trying very, very hard to frame him to get him in trouble when he hasn’t done anything wrong,” said Giuliani, who has been serving as Trump’s lawyer amid the Russia scandal.

“They can’t emotionally come to grips with the fact that this whole thing with Russian collusion didn’t happen. They are trying to invent theories of obstruction of justice,” Giuliani told a business conference in Tel Aviv.

“They have revealed no evidence that President Trump has done anything wrong,” he added. “None.”

Mueller is investigating whether Trump associates coordinated with Russia during the 2016 presidential election and whether Trump took steps to shut down that investigation through actions, including the firing of FBI Director James Comey.

Though Trump insists he did nothing wrong, the statements from him and his lawyers have made clear that much of their defense revolves around establishing that he was constitutionally empowered to take the actions he took.

Speaking to the Globes capital market conference Wednesday, Giuliani said Trump has the power to pardon himself but would not do so.