Regional Fight Over Bridge Name: Is It the Tappan Zee or Mario Cuomo?
Regional 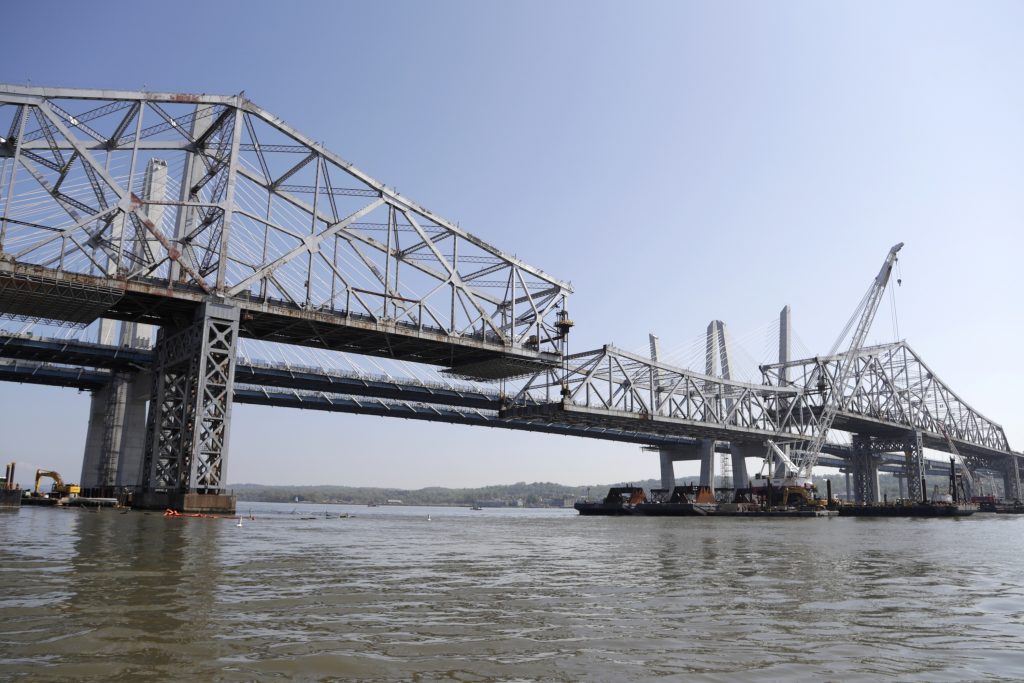 Nobody misses the Tappan Zee Bridge, a rusty and rickety span beset by bottlenecks and breakdowns. But a lot of New Yorkers apparently miss the name.

Nearly 110,000 people have signed an online petition urging officials in Albany to resurrect the Tappan Zee Bridge as the moniker for its modern replacement, now known as the Gov. Mario M. Cuomo Bridge.

Only one problem: current Gov. Andrew Cuomo, whose administration built the gleaming, $4 billion span over the Hudson River that bears his father’s name. He’s dismissed the effort to change the bridge name as politically motivated and said it “personally is hurtful.”

Residents who like the old name say they’re not motivated by politics or animosity to either Cuomo. They say they want to preserve the historic name — “Tappan” refers to a Native American group that lived nearby, while “Zee” is Dutch for sea — while also saving money that would be spent on new highway signs.

“The bridge is beautiful and it’s wonderful that Gov. Andrew Cuomo got it done,” said Theresa Westmoreland, who signed the petition. The 77-year-old Westchester County resident uses the bridge regularly to visit grandchildren in Rockland County. “But being the secretary of the historical society, one of our main goals is to teach people about our local history.”

There’s also legislation that would rename the new bridge the Mario M. Cuomo Tappan Zee Bridge, though it appears unlikely to pass. Cuomo has so far opposed any proposal to remove his father’s name.

“My father was governor for 12 years in the state of New York. I think he is respected by Democrats and Republicans all across the board,” Cuomo said last year. Of the campaign to rename the bridge, he added: “I believe it’s mean. I believe it’s vindictive. But this is the political environment we are in.”

New York has a long list of significant bridges, tunnels and highways that have been renamed, including the Queensboro Bridge in New York City, called the 59th Street Bridge, but now formally called the Ed Koch Queensboro Bridge, even though few New Yorkers call it that.

The old Tappan Zee, which is now being demolished for use as an artificial reef off Long Island, opened to traffic in 1955 and received its name in 1956. In a twist, Mario Cuomo formally renamed the bridge the Gov. Malcom Wilson Tappan Zee Bridge in 1994 to honor the former governor. Wilson’s daughter objected last year when the new bridge name was announced.

Westchester County resident Monroe Mann started the petition to restore the Tappan Zee name. The Iraq war veteran and attorney said he believes lawmakers approved the new name only to ingratiate themselves with the current governor.

“Shouldn’t the people who drive over that bridge every day have a say?” he said. “You and I paid for that bridge. I don’t care what they call it, as long as the people get a say.”

State Assemblyman Thomas Abinanti, a Democrat who represents the area east of the bridge, said no matter what the state does, it’s a settled issue for people who regularly use it.

“Everyone still calls it the Tappan Zee Bridge,” he said.