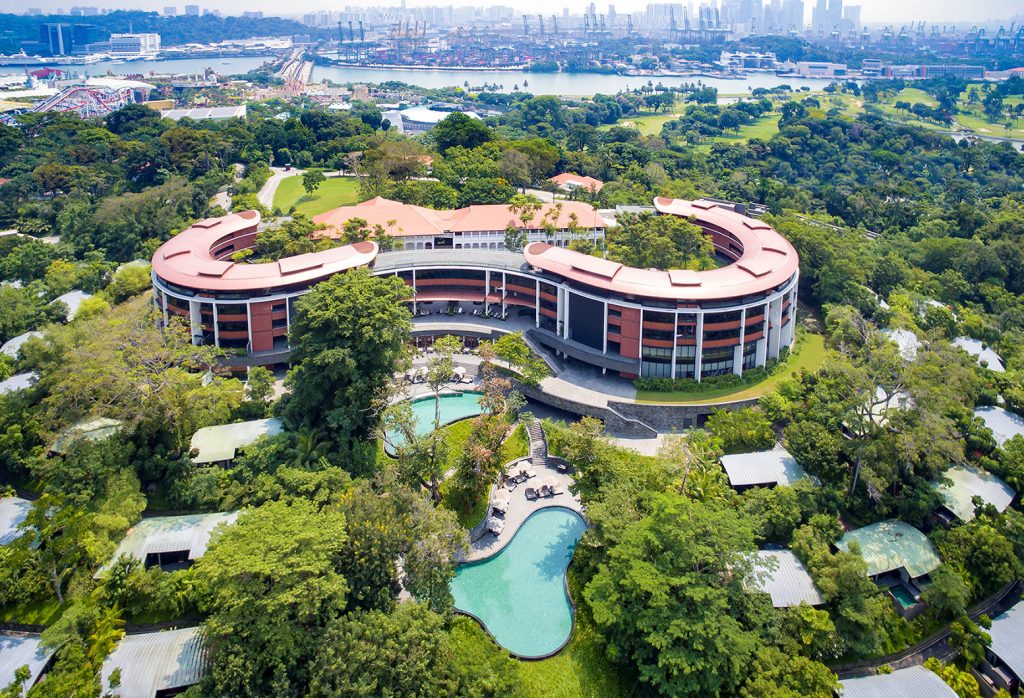 President Donald Trump will meet North Korea’s Kim Jong Un next week at the Capella hotel on the resort island of Sentosa, just off the southern coast of Singapore.

“UPDATE: The venue for the Singapore summit between @POTUSand Leader Kim Jong Un will be the Capella Hotel on Sentosa Island. We thank our great Singaporean hosts for their hospitality.”

The two leaders are scheduled to meet at 9:00 a.m. local time on June 12 (9:00 p.m. Eastern time on June 11) for what is expected to be a one-day summit. South Korean President Moon Jae-in has lobbied to meet Trump and Kim Jong Un for a trilateral summit the following day, but the White House has not confirmed such a meeting.

Speculation that the Capella would be selected as the summit location had been building over the past week. The hotel boasts a mix of colonial-style buildings and curvy modern edifices, and the resort’s relative seclusion appealed to security-conscious U.S. and North Korean officials.

Last week, a Washington Post reporter witnessed construction crews erecting tents and other facilities required for a large event. The reporter was later instructed to leave the premises after interacting with a U.S. planning delegation that is staying at the resort.

U.S. negotiators have continued to meet with their North Korean counterparts in the Korean Peninsula’s demilitarized zone to hammer out the agenda for the meeting.

The location for the summit is one of thousands of logistical details from transportation to security to floral arrangements that have been negotiated between White House Deputy Chief of Staff Joe Hagin and Kim’s de facto chief of staff, Kim Chang Son. In those talks, North Koreans opposed the selection of an American or European-owned venue, which helped tip the scales toward the Singaporean-owned Cappella, founded by the Pontiac Land Group, according to media reports.

The hotel offers a newly redesigned bar that boasts its own bespoke rum called “Navegante,” which is featured in its signature old fashioned, negroni and piña colada cocktails.

During negotiations, Pyongyang has also asked for others to pay for lodging costs at its preferred spot: The Fullerton, a neoclassical hotel near the mouth of the Singapore River. In recent days, outside groups have offered to pay for North Korea’s bill and other summit costs, including the anti-nuclear weapons group ICAN and the CEO of HotelPlanner.com, Tim Hentschell.

When asked if the U.S. would allow a third party to pay for parts of the summit, a White House official said the “United States government will pay its own expenses” but did not rule out an outside contribution on North Korea’s behalf.

Trump is scheduled to fly to Quebec on Friday for the Group of Seven economic summit and depart for Singapore on Saturday.