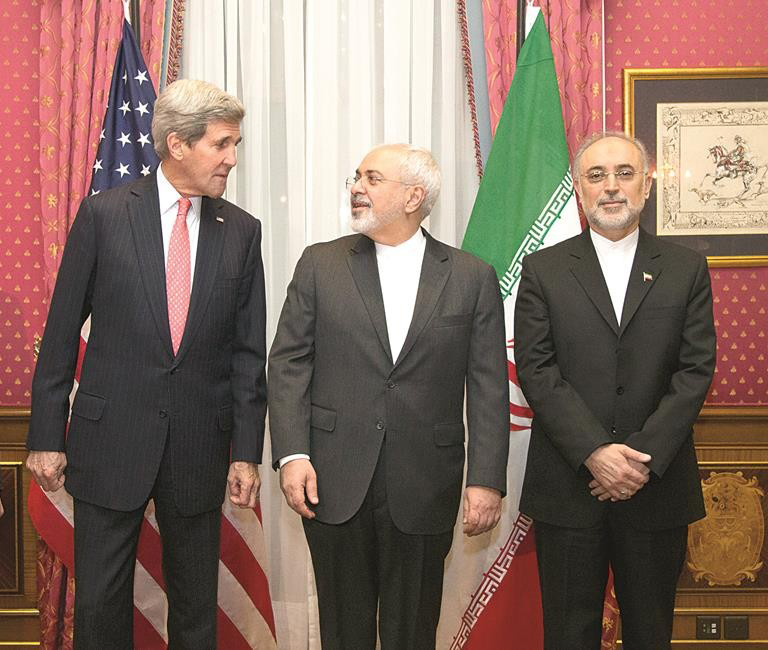 Iran has begun work on infrastructure to build advanced centrifuges at its Natanz facility but will adhere to its 2015 nuclear deal with world powers, the director of Iran’s Atomic Energy Organization Ali Akbar Salehi said on Tuesday.

On Monday Iran’s Supreme Leader said he had ordered preparations to increase uranium enrichment capacity if the nuclear deal falls apart after the U.S. withdrawal from it in May.

According to a spokesman for Iran’s nuclear agency, Tehran will inform the U.N. nuclear watchdog in Vienna on Tuesday that it had started the process to increase uranium enrichment capacity.

The decision by the United States to withdraw from the nuclear agreement has cast doubt on whether the remaining signatories will be able to preserve the deal.

The developing of infrastructure for building advanced centrifuges at the Natanz facility is moving along quickly, Salehi said in a news conference broadcast on state media.

“If we were progressing normally, it would have taken six or seven years, but this will now be ready in the coming weeks and months,” Salehi said.

Iran has also developed the capacity to produce electricity at Natanz, Salehi said, a site which lies around 186 miles south of Tehran.

Salehi said none of Iran’s nuclear activities would violate Tehran’s landmark deal with world powers, under which it strictly limited uranium enrichment capacity to satisfy the powers that it could not be used to develop atomic bombs.

In exchange, Iran received relief from sanctions, most of which were rescinded in January 2016.

The deal allows Iran to continue 3.67-percent uranium enrichment, far below the roughly 90-percent threshold of weapons-grade. Before the deal was reached, Tehran enriched uranium to up to 20-percent purity.

“Our enemies will never be able to halt our nuclear progress…. It is their bad dream and will not happen,” Iranian Supreme Leader Ayatollah Ali Khamenei said in a speech Monday.

In case European, Russian and Chinese signatories to the deal prove unable to protect its economic benefits for Iran, Khamenei said, “I have ordered Iran’s atomic energy agency to be prepared to upgrade our [uranium] enrichment capacity.”

He appeared to be hardening a threat to restore Iran’s disputed enrichment drive first made after President Trump quit the nuclear deal.

One of the president’s demands – which European allies support in principle – is new negotiations to rein in Iran’s ballistic-missile program, which was not covered by the nuclear deal.

Khamenei again ruled this out. “Some Europeans are talking about limiting our defensive missile program. I am telling the Europeans, ‘Limiting our missile work is a dream that will never come true,” he said.

Under the deal, the Islamic Republic curbed its capacity to enrich uranium for nuclear fuel and in return won a lifting of most international sanctions that had hobbled its economy.

President Trump also objected that the 2015 deal – reached under his predecessor, Barack Obama – did not address Iran’s nuclear work beyond 2025 or its role in conflicts in Yemen and Syria. Though committed to the deal, European powers share President Trump’s concerns and want broader talks with Iran to address the issues.

Khamenei rejected this as “economic and psychological … warfare against us, and new American sanctions are part of it.”

For all of Iran’s fierce public riposte to U.S. threats of tougher sanctions, some senior Iranian officials see the U.S. position as a “bargaining strategy” and believe the door to a diplomatic compromise should stay open.

Iran’s increasing capacity to enrich uranium to higher levels of fissile purity was one of the burning issues during years of negotiations with world powers, which wanted enrichment limited to research scale to minimize the risk of Iran being able to assemble a nuclear explosive at short notice. Iran has repeatedly denied seeking a nuclear weapon from enrichment.

Major General Ali Jafari, commander of Iran’s Revolutionary Guards, said last year that it had missiles with a 2,000-km (1,240-mile) range that could hit archenemy Israel and “most American interests and forces” in the Middle East.

Options being considered by the EU to keep Tehran in the nuclear deal include new credit lines for Tehran, increased energy cooperation and implementing EU laws to block European companies from caving in to U.S. sanctions.

In his speech marking the 29th anniversary of the death of Iranian revolutionary leader Ayatollah Ruhollah Khomeini, Khamenei insisted on resisting U.S. pressure and again warned of a harsh response if Iran came under attack.

“Tehran will attack 10 times more if attacked by enemies….  The enemies don’t want an independent Iran in the region….  We will continue our support for oppressed nations,” Khamenei said.

Khamenei also said Iran had no intention of curbing its influence in the Middle East as demanded by the Western powers and urged Arab youth to stand up to U.S. pressure.

“Young Arabs, you should take action and the initiative to control your own future…. Some regional countries act like their own people’s enemies,” he said.