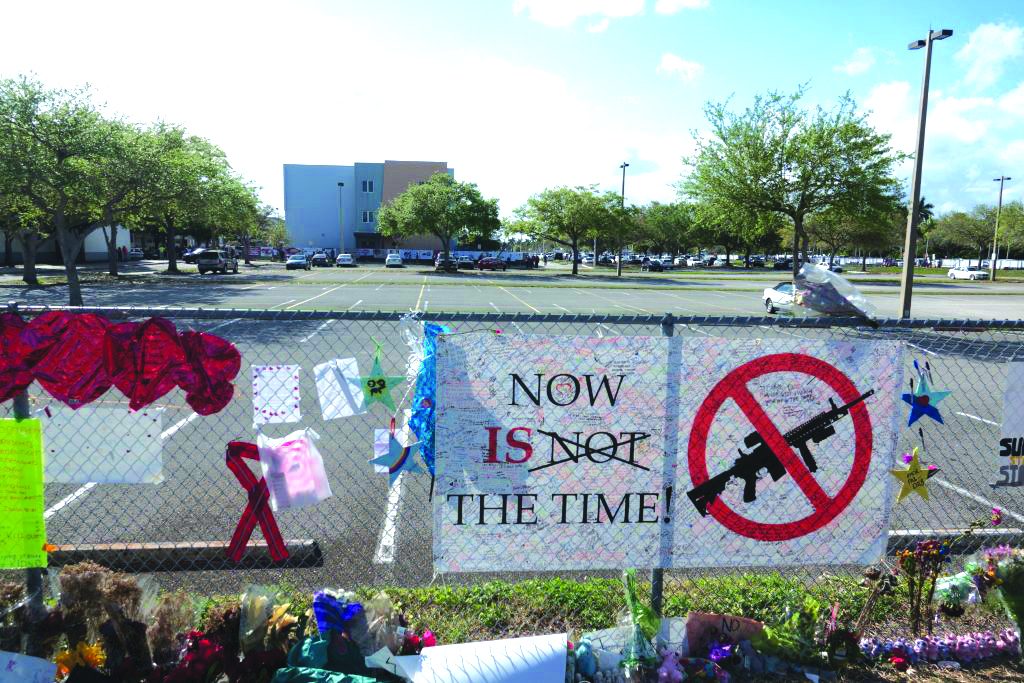 After being widely excoriated by an outraged public, a Seattle-area company announced last week it will not be listing on its online platform a computer video game that would have allowed players to re-create school shootings.

It is telling that the reason given by Valve Corp. for pulling the game — which would have given players the option to stalk school hallways and shoot students — was not because of the widespread condemnation it received, including from parents of students who were shot to death during the massacre at Marjory Stoneman Douglas High School.

Among this group is Andrew Pollack, whose 18-year-old daughter Meadow was killed at that high school, who said “sick people” were behind the game’s creation and release. He said that these kinds of games desensitize young people to the tragedy that befell his daughter.

“The last thing we need is a simulated training on school shootings,” said Pollack. “Video game designers should think of the influence they hold. This really crosses the line.”

Rather, the company explained that it was canceling the listing of the game because the developer and publisher, a person calling himself Ata Berdiyev, “is a troll, with a history of customer abuse, publishing copyrighted material, and user review manipulation.”

“His subsequent return under new business names was a fact that came to light as we investigated the controversy around his upcoming title. We are not going to do business with people who act like this towards our customers or Valve,” the statement read.

In other words, the fact that this video game would have in effect been promoting mass shooting in schools, and would have poured salt on the open wounds of the families of victims of past shooting attacks, did not suffice to convince the company to repudiate this repulsive game. Nor did an online petition that garnered more than 100,000 signatures urging the company not to run the game. Instead, what convinced Valve Corp. to drop this most atrocious game were the creator’s past business practices.

The actual manufacturer of this despicable game gave no indication that he regretted the pain he had caused. In a barely coherent statement released before Valve pulled his game, he acknowledged being “stormed with accusations and heavy critics [sic] from people across the globe.” Claiming that he sees “everyone’s points of view and where are they coming from,” he insisted that “this game does not promote any sort of violence.”

Saying that he originally envisioned players acting only in the role of law enforcement officials, he later decided to also add the mass-shooter option.

“While I can see people’s anger and why this might be a bad idea for the game, I still feel like this topic should be left alone,” the man purporting to be Mr. Berdiyev asserted. He then proceeded to stress that there are other games that are even worse.

While this pathetic attempt at deflection falls far short of any sort of defense, it may help to explain why the company chose to blame business practices for the reason it is being pulled. For while they may not touch upon the sensitivities of a school shooting, numerous best-selling video games produced by the same company are filled with graphic scenes of violence.

The notion that when it is the “good guys” doing the shooting and the “villains” getting shot, a sickeningly violent game somehow becomes palatable, defies logic. One does not have to be a rocket scientist to understand the devastating effect of such games — as well as the broader entertainment world — on the minds and morals of all those exposed to them. Regardless of which character is committing the violent acts and who the fictional victims are, the glorification of the use of guns and other deadly weapons plays a key role in destroying the little morality that is left in mainstream society.

It is noteworthy that one of the primary reasons hunting animals for sport was always frowned upon by Torah Jews is that it desensitizes a person to acts of cruelty. As the Noda B’Yehuda famously wrote, hunting solely for the sake of enjoyment is “cruelty,” and “we have not found hunters [in the Torah] other than Nimrod and Esav, and this is not the way of Avraham, Yitzchak and Yaakov.”

Hagaon Harav Moshe Feinstein, zt”l, rules that although one is permitted to kill pests such as insects or mice that are bothersome to humans, when possible, it is preferable not to kill them directly with one’s own hands, because it is inevitable that one is negatively influenced through such an act!

This is in regard to the murder of insects that are causing hardship to humans; one can readily imagine the impact of the violence contained in games, books and films.

While there is little hope that mainstream society will agree to tackle this problem anytime soon, there is much that individuals can do to keep these unseemly influences out of our homes and schools. It is imperative that parents carefully screen what their children — and they themselves — are exposed to, both in the comfort of their own home, while visiting friends and relatives, and while on vacation.