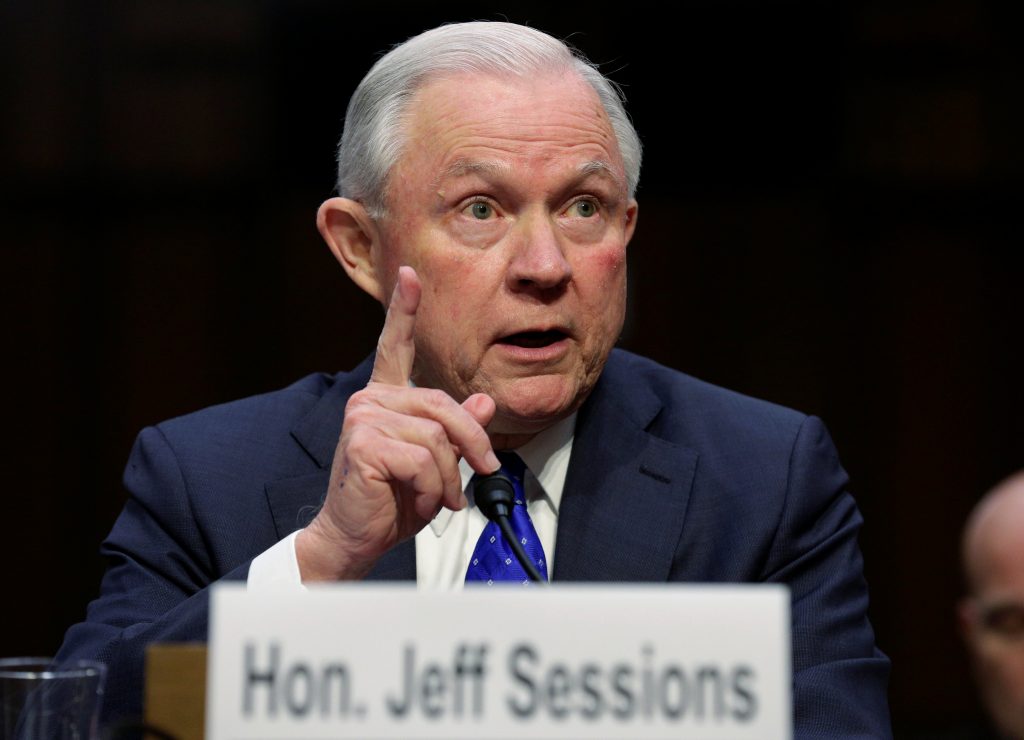 President Donald Trump lashed out at Attorney General Jeff Sessions on Tuesday, directly blaming him for allowing a probe into possible collusion between his presidential campaign and Russia to overshadow his presidency for more than a year.

President Trump, who has denied any collusion, has repeatedly called out AG Sessions over the investigation and lamented choosing him to lead the U.S. Department of Justice, and seemed to go further in a post on Twitter on Tuesday that laid bare his motivation.

AG Sessions last year removed himself from overseeing the U.S. special counsel’s probe into alleged Russian meddling in the 2016 U.S. presidential election, given his interactions with the Russian ambassador to the United States at least twice that year.

“The Russian Witch Hunt Hoax continues, all because Jeff Sessions didn’t tell me he was going to recuse himself…I would have quickly picked someone else. So much time and money wasted, so many lives ruined…and Sessions knew better than most that there was No Collusion!” Trump wrote.

His post comes as Manafort faces possible time in jail pending trial after U.S. Special Counsel Robert Mueller on Monday said he had attempted to tamper with potential witnesses and called for an urgent hearing in federal court.

Manafort has pleaded not guilty to charges ranging from money-laundering and failing to register as a foreign agent, to bank and tax fraud.

Trump could fire Sessions but so far has not. He has also publicly contemplated firing Deputy Attorney General Rod Rosenstein and Mueller.

Such a move would be politically explosive, and any replacement to Sessions would have to be confirmed by the Senate, which is only narrowly controlled by Trump’s fellow Republicans.

Jeff Sessions, who left his U.S. Senate seat to lead the Justice Department, has also come under pressure from congressional Republicans who have pushed for a second special prosecutor to investigate the FBI, a move Sessions rejected.

Frustrated by the Mueller investigation, Republicans in Congress have started probes into other matters such as the FBI’s handling of the investigation of Trump’s 2016 rival Democrat Hillary Clinton’s use of her private email server while secretary of state.

The department’s internal watchdog has examined former FBI chief James Comey’s public disclosures regarding Clinton and whether FBI employees leaked information to try to hurt her presidential bid. That report was expected to have been released in May.

President Trump raised questions about the report in a separate tweet on Tuesday. A spokesman for the Department of Justice’s Office of the Inspector General said there was no specific timing for its release.