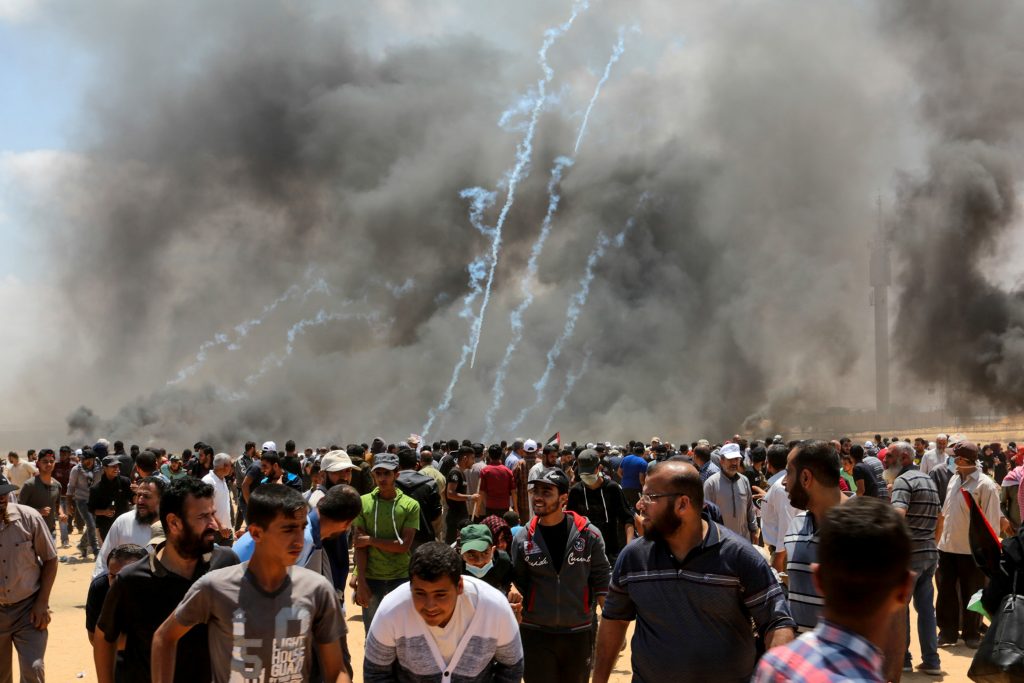 The majority of Israeli Jews believe that the IDF’s response to rioting at the Gaza border fence has been “measured” and “proper,” a new poll by the Israel Democracy Institute of Tel Aviv University shows.

With that, the vast majority of Israeli Arabs say that the army is using “too much force” in holding back Gaza Arab rioters who attempt to breach the fence and of late have been using kites laden with flammable materials to set fire to Israeli crops and forests.

As to the reasons for the demonstrations, an overwhelming majority of the Jewish public (68 percent) agree with the claim that the Palestinian demonstrations at the Gaza border were planned by the Hamas, the poll shows. Among the Arab Israelis, the majority (62 percent) considers that the demonstrations are a result of the residents’ despair over their living conditions.