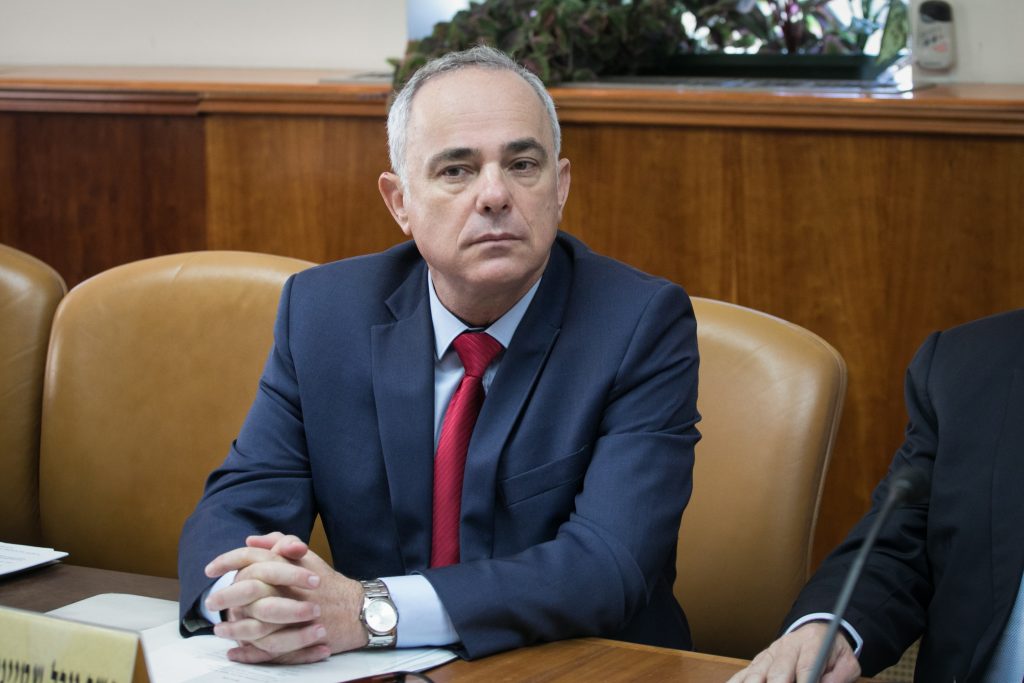 New ideas proposed in U.S. back-channel mediation of an Israeli-Lebanese maritime dispute over oil and gas exploration in the eastern Mediterranean raise the prospect of a partial deal this year, Israel’s energy minister said.

Israel kicked off a gas bonanza in the eastern Mediterranean almost a decade ago with the discovery of two huge gas fields. Others were found in Egypt and Cyprus, and companies are now exploring Lebanese waters as well.

One of the Lebanese blocks being explored, Block 9, borders Israel’s maritime zone and contains waters claimed by both countries. The disputed border also touches two other not-yet-licensed Lebanese blocks.

This has led to years of brinkmanship with officials on both sides promising to protect their resources and warning about encroachment.

“There are some new ideas on the table. More than that I cannot discuss,” Energy Minister Yuval Steinitz, said in a Reuters interview. He oversees energy exploration in Israel and is the point man in indirect negotiations with Lebanon.

David Satterfield, the acting U.S. assistant secretary of state for Near Eastern Affairs, has shuttled between the countries in recent months as a mediator.

“There is room for cautious optimism. But not beyond cautious,” Minister Steinitz said. “I hope that in the coming months, or by the end of the year, we will manage to reach a solution or at least a partial solution to the dispute.”

But he added: “Nothing has been settled yet.”

Even a partial agreement would be a major diplomatic achievement, as well as timely, since both Lebanon and Israel are planning new rounds of tenders for offshore exploration.

A spokeswoman for Lebanon’s Energy and Water Minister Cesar Abi Khalil declined to comment on the negotiations between Lebanon and Israel or the specific points raised by MK Steinitz.

Israel recently warned energy companies in Lebanon not to drill close to its border, and the consortium set to explore Block 9 – made up of France’s Total, Italy’s Eni and Russia’s Novatek – has said it would stay away from the disputed area.

Minister Steinitz also said he expected Israel to begin a new round of tenders for offshore blocks sometime between September and November.

The new offshore exploration licences will be modified to make them more attractive to energy groups, after a previous auction got a tepid response, MK Steinitz said.

Israel launched a bidding round in November 2016 after a number of the fields were found in Israeli waters. It accepted the only two bids it received – from Greece’s Energean and a consortium of Indian firms including ONGC Videsh , Bharat PetroResources, Indian Oil Corp and Oil India.

Minister Steinitz said there were lessons to be learned.

“We will change the method in a way that it will be more accessible and attractive,” he said, without elaborating. “Additionally, I think there were two developments that will make the exploration more attractive.”

He said companies were put off by concerns that they might not find a buyer for gas they discovered since Israel has a gas surplus and export options at the time were limited. But he said that had changed, referring to the opening of two markets over the past year. Progress has been made in plans for an Israeli-European subsea gas pipeline and a $15 billion export deal to Egypt was signed.