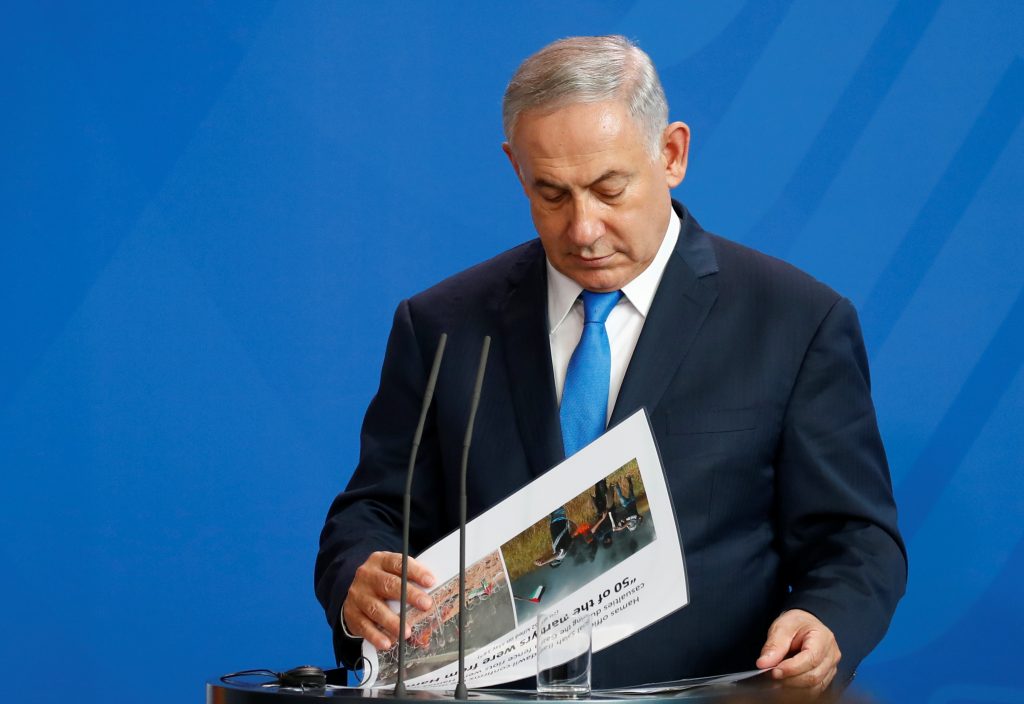 Prime Minister Binyamin Netanyahu said on Tuesday that Israel was not surprised by Iran’s declared intention to increase uranium enrichment capacity and reaffirmed a vow to prevent it from obtaining nuclear weapons.

“Two days ago, Ayatollah Khamenei, Iran’s leader, declared that his intention is to destroy the State of Israel. Yesterday, he said how he would do this, by unlimited enrichment in order to produce an arsenal of nuclear bombs,” Netanyahu said in a statement on Twitter.

“We are not surprised, we will not allow Iran to obtain nuclear weapons,” said Netanyahu, who is in France as part of a tour to persuade European countries to follow Washington’s lead in abandoning the nuclear deal that world powers signed with Tehran in 2015.

Khamenei, Iran’s top leader, said on Monday he had ordered preparations to increase uranium enrichment capacity if the nuclear agreement falls apart after the U.S. withdrawal, and he vowed never to accept limits on Tehran’s ballistic-missile program.

European signatories are scrambling to save the accord, which they see as crucial to forestalling an Iranian nuclear weapon. They are seeking to ring-fence trade with Iran against new U.S. financial sanctions to dissuade Tehran from quitting the deal.